Sen. John Cornyn came under blistering attack from Washington Post scribe Aaron Blake for wondering if Joe Biden was really in charge, since he’s kept an extremely low profile with the press. Blake took after the senator for implying the Trump spin that old Joe’s lost a few mental gears, claiming he was painting a “Manchurian Candidate” scenario. “It’s a baseless and ugly bit of innuendo.”

Cornyn linked to a Politico story by Eugene Daniels noting “The president is not doing cable news interviews. Tweets from his account are limited and, when they come, unimaginably conventional. The public comments are largely scripted. Biden has opted for fewer sit-down interviews with mainstream outlets and reporters.” He’s had one press conference in 83 days in office. 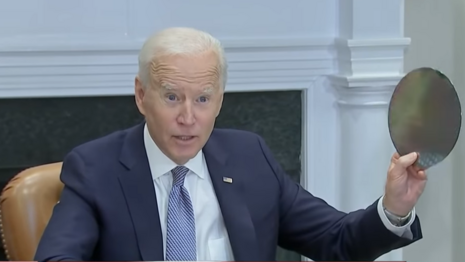 One obvious explanation for the Biden strategy is his tendency to insert his foot in his mouth. But it’s also obvious that he has exactly zero fear that keeping his press availability low is going to be a problem with so-called “mainstream” reporters when about 99.96 percent of them voted for him in November.

Most Americans are happy the presidential tweets are “unimaginably conventional.” But the press slid back to their Obama-era tone, championing sappy Biden tweets about Joe’s love for “Jilly” and Jilly buying treats at black-owned bakeries. Biden’s chief of staff Ron Klain routinely retweets the “mainstream” reporters, implying he endorses their helpful pro-Biden spin.

Reporters are helping Biden redefine “bipartisanship” as ignoring congressional Republicans and citing positive polls from regular Republicans of portions of his mega-spending bills. As if Republicans would say “No” to “do you support COVID relief?”

Normally, we could explain the tone changes of the press this way: when Republicans are in power, the press sound like Complainers, isolating problems and suggesting America’s being badly governed. When Democrats take charge, the press become Explainers. Everything is running smoothly, and the only problem with governing is those maddening Republicans aren’t as docile as reporters.

This framework doesn’t work with Trump. They sound like Explainers now, but under Trump, they weren’t Complainers. They were….Screechers. They sounded like panicked doomsayers wearing “The End Is Near” sandwich boards on the street corners. We were in never-ending danger of dictatorship, and then in 2020, of sudden death.

Blake was furious that anyone would suggest Biden wasn’t in control…when his Washington Post routinely sought out anonymous sources to warn readers Trump was dangerously out of control. His newspaper’s new slogan was a primal scream. Their goal was to remove Trump, as early as they could. Everyone on their side was Team Democracy. Everyone who supported Trump was Team Autocracy.

This is why most Americans have grasped the obvious, easily quantifiable fact that the “mainstream” media is actually the “Demstream” media. Republicans disapprove of the media and Democrats approve of the media for the same reason. Their function is to create the best conditions for “social change” and glowing poll numbers for the Democrats and their leftist agenda.

That’s why Biden doesn’t have to take the low risk of a sappy interview with Norah O’Donnell or Lester Holt. He doesn’t have to call up Steve Inskeep at NPR for a shoeshine. Everyone in the “news” business is satisfied. He can pretend it’s still 2020 and he’s safely ensconced in Wilmington running a pseudo-campaign.

The press is now just “infrastructure” for Biden, evolving “to meet the aspirations of the president and his needs.”