In their endless pursuit to profane and tear apart every person or thing not made in their own image, woke lefties are targeting revered 19th Century author Jane Austen. 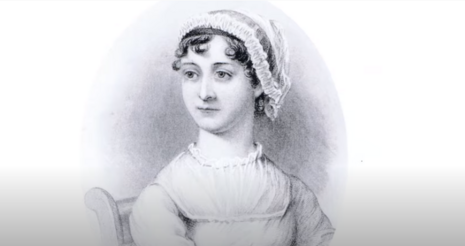 The museum present at the location of the writer’s home in Chawton, England has been a holy site of pilgrimage for loyal fans and is now undergoing display-revisions under the director Lizzie Dunford. The New York Post reports that this new enterprise is for the purpose of investigating Austen’s familial ties to “Regency-era colonialism.”

“At Jane Austen’s House we are in the process of reviewing and updating all of our interpretation,” said Dunford, “including plans to explore the Empire and Regency colonial context of both Austen’s family and her work.”

According to Dunford, “This is just the start of a steady and considered process of historical interrogation.” Of course it is. And the connection being drawn between the Pride and Prejudice author and slavery?  “As purchasers of tea, sugar and cotton they were consumers of the products of the trade,” said Dunford. They “ also have closer links via family and friends.”

Additionally incriminating is the fact that Austen’s father Rev George Austen, became trustee of an Antigua plantation that utilized slave labor in the production of sugar for the empire.

This ridiculous revision attempt is unjustifiable and even detrimental to the integrity of Austen’s legacy. As Ella Whelan says in an April 19 article for UK’s The Telegraph:

“To reinterpret her work around the issue of slavery is therefore to deny one of the key aspects of her writing — that microscopic focus on the inner workings of family and community life. Characters are important in their relationship to others, not in the wider context of their place in global politics … contemporary investigations such as these often amount to a performance of moralising — castigating a figure from the past.”

It is particularly trendy at this moment in time to deconstruct and over analyze everything from the perspective of social justice. Some scholars have concluded that specific passages within Austen’s works “Mansfield Park” and “Emma” reveal her abolitionist beliefs. For this reason, a proposed display for the museum will be entitled “Black Lives Matter to Jane Austen.”

All this does is dumb Austen down. It implies she was a political activist when that is plainly not the case. Her writings display her conservatism and conformity to the social norms of Regency-era society, and any social commentary is subtle. These attempts to revise and reinterpret Austen’s works are irresponsible and biased, as they are disproportionately imposing popular social sensibilities from the present onto an individual far removed from current context.

But if we must go down this road, Author and professor George E. Boulukos provides a useful counterpoint:

“It would be silly to expect Jane Austen to treat slavery with anything like the passion of an abolitionist or a newly liberated slave. Yet what I have called the rhetoric of blame, so often now employed by subaltern, minority, or disadvantaged voices, attacks her, and others like her, retrospectively, for being white, privileged, insensitive, complicit.”

Of course Dunford doesn’t put it that way. “We believe this is hugely important work and are looking forward to sharing this over the next few years,” Dunford says. Time will tell. But we’ve already seen white progressives ready to sacrifice Austen to the mob.