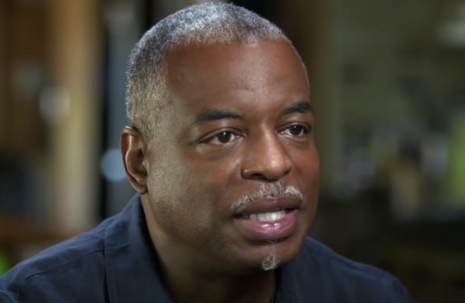 During an interview with the shrill harpies of The View, Burton said, “In terms of cancel culture, I think it’s misnamed. That’s a misnomer. I think we have a consequence culture, and that consequences are finally encompassing everybody in the society, whereas they haven’t been ever in this country.”

An illiberal liberal: is this really the guy you want encouraging reading? Especially since he applauded removing Dr. Seuss books from the catalog because that included some mild ethnic stereotypes. “Actually, I think that, in the general sense, once you know better, it is incumbent upon you to do better, and that’s exactly what Seuss Enterprises is doing here,” Burton claimed this past March, after Dr. Seuss Enterprises announced the removal of several books from its catalog for depicting racial stereotypes.

Sure, Dr. Seuss “is responsible for generations of wholesome, healthy, wonderful, imaginative, creative content for children of all ages, and I think we need to put things in perspective,” he told The View host Meghan McCain on April 26.  But a book with fishing Eskimo? Verboten!

In addition to renaming cancel culture as “consequence” culture, Burton told The View that it is one of several “good signs” for our culture. He claimed, “there are good signs that are happening in the culture right now, and I think it has everything to do with a new awareness on people who are simply unaware of the real nature of life in this culture for people who have been othered since this nation began.”

Oh yes, it’s a “good sign” for a culture that only speech or thoughts that uphold the far-left narrative survive the consequence culture chopping block. Sure we can all agree that racism and stereotypes are bad, but should people be “cancelled” for claiming that trans women aren’t the same as biological women, or that unborn children are persons? Is it a fair consequence that actress Gina Carano got fired by Disney because her political views made sensitive Twitter lefties mad?

Are consequences just, even when it seems like lefties are the only ones who are in charge of handing them out?

Even after being called out for promoting cancel culture, Burton refused to recant. He tweeted out a video of his quote on The View and captioned it, saying, “I said it and I stand by it.”

I said it and I stand by it… #bydhttmwfi https://t.co/88Bjnl5Kfu

Unsurprisingly, Burton is a supporter of Black Lives Matter, the Marxist-made, critical race theory-based mob with the ultimate goal of cancelling America. Of course he loves cancel culture. It’s helping him and other lefties radically alter the country.