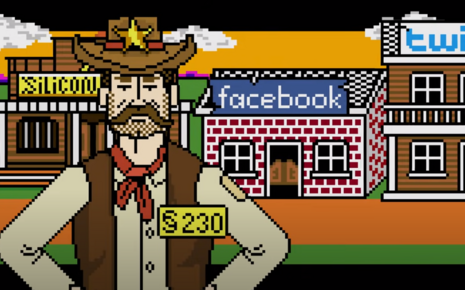 Section 230 of the Communications Decency Act has been a hot button issue in the tech policy world. A recent video may encourage lawmakers and everyday citizens to recognize the law’s impact and importance.

The Federalist Society, also known as FedSoc, produced a video discussing the importance, and the downsides, of Section 230. As FedSoc explained: “There’s a war brewing over Section 230 that could dramatically change our online lives.”

The video began by explaining the role that Section 230 played in creating the internet as it is today. Attorney Jeff Kosseff, the man who wrote the book on Section 230, “The Twenty-Six Words that Created the Internet,” explained in the video that “The internet before Section 230 very much was the Wild West.”

The video depicted Section 230 as a sheriff in the Old West. The law sought to answer the question of “when individual content creators on the internet upload to a website, the question in law arises: who’s responsible for what they just said?” said former Rep. Chris Cox (R-CA). Cox helped craft the law. “It basically says two things: It says, one, the platforms will not be treated as speakers or publishers, held liable for third-party content, user-generated content, and then the second part says, you know, that they can moderate without the fear of lawsuit,” said Rachel Bovard, Senior Director of Policy for the Conservative Partnership Institute. Bovard is also a Free Speech America board advisor.

The second part of the law, however, has often proved detrimental to free speech online. “Of course [Big Tech companies] can moderate content however they want, but Section 230 makes it very permissive for them to do so, because they simply can. There’s no consequence,” said Bovard.

Because of its power to censor, Big Tech companies hold massive control of who can and cannot participate in the public square. “Who in their right mind would want all political discourse in America governed by a handful of Silicon Valley billionaires with unfettered power to silence anyone?” asked Sen. Ted Cruz (R-TX). “That’s what we have right now, and I think it threatens our elections, it threatens democracy, it threatens free speech in a way we’ve never seen before in our nation’s history.”

Even some on the left have begun to realize the danger that Big Tech poses in America. Sen. Jon Ossoff (D-GA), for example, said in an April 27 hearing that he was “not at all enthusiastic about huge, multinational tech companies becoming the arbiters of legitimate speech and expression.” The industry overall earned a “F” in MRC Free Speech America’s first Big Tech Report Card. Big Tech received that grade due to overt leftist bias and the lack of free speech on platforms, including Amazon, Apple and Twitter.