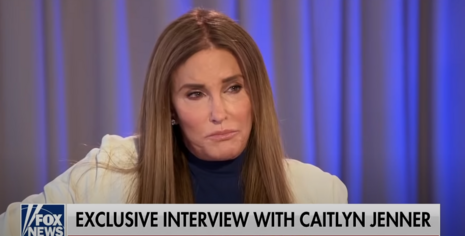 In her first exclusive interview as gubernatorial candidate, the transwoman discussed her political stances on a wide range or topics; from immigration and covid restrictions to taxes and transgender persons in sports. When asked directly to assess Trump, Biden and Kamala Harris, Jenner told Hannity that what she liked about the former president was that he was a “disrupter,” and that what Biden’s doing “scares me.”

“He came in and shook the system up,” she said in reference to Trump, adding that “a lot of people didn’t like that in Washington, D.C.” Jenner admitted that Trump did some things she “agreed with” and some things she “didn’t agree with.” As an advocate for the LGBTQ community, she explained that “she was more hopeful in the beginning.” Back in 2018, Jenner openly criticized Trump’s move to legally define sex as either “male or female, unchangeable, and determined by the genitals that a person is born with,” as it would prevent transgender people from entering the military and transgender students from using whichever bathroom corresponds with their desired identity. Jenner concluded her evaluation of Trump by saying ultimately “there were some good things he did.”

Turning then to her opinion on Biden’s current presidency, she stated “I don’t think I’ve agreed with anything. I don’t think since he’s been in there he has done anything for the American worker. Maybe other ones.” Jenner commented that Biden’s leadership is “a 180 degree turn in our country going the other direction and it scares me.” Her woke contemporaries aren’t going to like that one!

While obviously progressive on sexual issues, Jenner is otherwise a traditional Republican. She told Hannity that she was staunchly “pro law enforcement, pro-border protection and pro ICE.” Not only this, but she declared that she would use whatever means necessary to protect citizens from destructive riots, calling on the National Guard even, to preserve peace. Jenner also expressed support for Trump’s border wall and his strong border security policies. She told Hannity that she would revoke California’s status as a “sanctuary state,” rather she wants it to be a “sanctuary state for small businesses” and renew the implementation of the border wall. At the same time, she voiced her deeply-held respect for those hard working illegal immigrants who contribute greatly to the country, and her intention of reforming the immigration system to be more “equitable.”

Like many conservatives, Jenner presented a fierce denouncement of California’s current governor, Gavin Newsom. She condemned the hypocrisy of Newsom and Nancy Pelosi in violating Covid restrictions, saying that the former used them “as a political tool” and “to control people,” making it a “political game” to reopen. Jenner said that she “would open the state tomorrow” if she could and that her goal is to “give power back to the people and not to special interests.” She targeted Newson’s poor management of the homeless epidemic and other bad policies by sharing an anecdote of her friends leaving because of how bad it has become.
Jenner was once considered a brave champion by the left after her transition but has since been ostracised by both her own LGBT community and other Hollywood elites for her past Republican affiliations and stance against biological males performing in women’s sports. Her interview with Hannity has revealed her conservative vision for California and will likely face the betrayal of liberal backlash once more, perhaps even more severely this time.