Allies of President Joe Biden are apparently so worried about his political future that they decided to compile an entire opposition file on MyPillow CEO Mike Lindell. 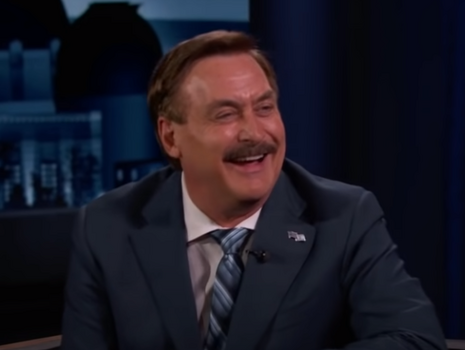 Politico recently reported that Biden’s political operation has quietly “started preparing for 2024, including the Democratic party’s main committee.” The Democratic National Committee (DNC) “has quietly assembled a core team that is focused not just on the 2022 midterms but on the next presidential cycle and the expected Biden re-elect,” Politico said.

The team is reportedly being led by DNC Director of Research Nick Bauer. The group started compiling opposition research on over 20 Republican politicians and identified at least 49 “GOPers” who they believed could run in 2024 just “[w]eeks after the inauguration.” The attack list — which also featured “unconventional candidates” — included none other than Lindell. [Emphasis added.]

Biden allies were reportedly startled into targeting Lindell as a viable political threat. The reason for going after Lindell is that former President Donald Trump proved “that traditional resumés aren’t a requirement for the GOP,” according to Politico.

‘That’s a four-year project, that’s not a two-year project,’ a DNC official said of the early efforts. The DNC’s research shop currently employs about 25 people with plans to hire around 50 total. Bauer’s deputies, CAROLINE GRAHAM and AUSTIN DIETER, are seen internally as the committee’s best oppo diggers, whose long-term investigations are often then quietly fed to mainstream media outlets.

DNC officials believe social media has made the barrier to entry lower for presidential candidates and that there will be a crowded field again if Trump doesn’t run, [emphasis added].

The DNC blaming social media could possibly be one reason why liberal Big Tech companies like Facebook and Twitter have become obsessed with censoring conservatives who voice opinions the platforms don’t like, including Trump.

Lindell recently launched his own social media platform called “Frank” after Twitter banned him in January. Lindell said of his new platform: “We’re going to be attacked, but I have my own servers and everything. We’re not gonna be worried about Amazon taking it down or YouTube or Google or Apple.”

Both YouTube and Vimeo removed Lindell’s documentary Absolute Proof in February. The documentary called the results of the 2020 presidential election into question.