The New York Times recently argued that abandoning the bathtub and ditching social hygiene can save the planet. Unfortunately, that’s no joke. 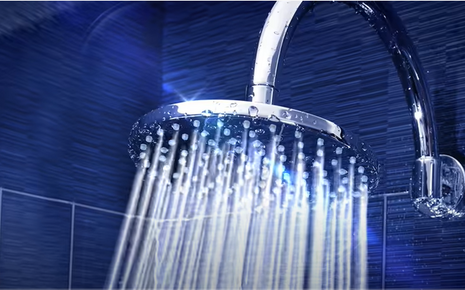 The deranged Times story was headlined “See Fewer People. Take Fewer Showers.” Times “breaking news” reporter Maria Cramer propagandized how a preschool administrative assistant named Robin Harper allegedly has only “shower[ed] once a week” since the pandemic. In Cramer’s estimation, “The new practice felt environmentally virtuous, practical and freeing. And it has stuck.” Cramer cheered how “[t]here are now indications that [showering less] has caused some Americans to become more spartan when it comes to ablutions.” Cramer’s story made as much sense as a 2020 Times op-ed headlined: “Stop Using Toilet Paper.” [Emphasis added.]

Cramer even lambasted the practice of “wash[ing] more frequently” as an “American obsession with cleaning.” She blamed Americans’ “obsession” on “[p]lumbing and upward mobility.” How dare Americans seek cleanliness, right Cramer?

The individual choice to stop showering or bathing daily is a critical one to make at a time when environmentalists are calling on countries to take more action against climate change, Mr. McCarthy, the environmentalist [who bathed ‘once a week,’] said, [emphasis added].

McCarthy happens to be a spokesperson for the exco-extremist group Extinction Rebellion. Protestors with the Extinction Rebellion D.C. branch were reported to have dumped cow poop in front of the White House to protest Biden’s climate agenda for not being extreme enough. McCarthy wailed on his website that “[t]he global environmental catastrophes and the destruction of social justice are in danger of overwhelming us if we do not act immediately.” Talk about having a climate conniption fit.

But Cramer continued. She propagandized that “Still, [Lafayette College Professor of Environmental Science Andrea] Armstrong said, it would take a huge number of people changing their bathing habits to make a difference in carbon emissions.” Perhaps everyone should just stop taking showers altogether. Would that be ideal for the eco-fanatics at The Times?

Conservatives are under attack. Contact The New York Times at 800-698-4637 and demand they label Cramer’s eco-propaganda as opinion.