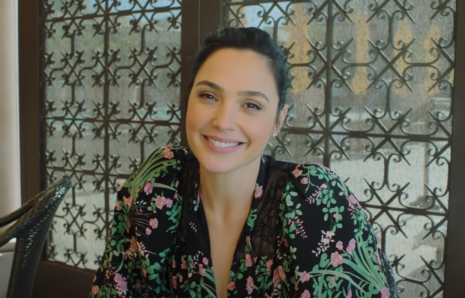 Wonder Woman actress Gal Gadot can’t even express worry for her friends and family in Israel as it’s being attacked by terror group Hamas without receiving backlash from Palestinian sympathizers.

Gadot, the Israel-born actress who has become a huge star in the United States, took to Twitter on May 12 to talk about her fears for her home country as it’s currently being bombarded by rockets from the Palestinian terror group Hamas. Because radical leftists on Twitter hate Israel about as much as they hate America, they called her out for showing even the slightest bit of sympathy for her and her family’s home.

In a post, Wonder Woman stated, “My heart breaks. My country is at war. I worry for my family, my friends. I worry for my people.” Rocket bombardments from Hamas on the Israel within the last couple days, has sparked what is now considered the deadliest confrontation between Israel and Palestinian terrorists since 2014.

This is a vicious cycle that has gone on far too long. Israel deserves to live as a free and safe nation. Our neighbors deserve the same. I pray for the victims and their families, I pray for this unimaginable hostility to end, I pray for our leaders to find the solution so we could live side by side. I pray for better days.

Despite this being a pretty neutral perspective on a situation involving more Palestinian terrorist aggression towards Gadot’s homeland, it still was a point of controversy for many of the angry users replying to actress’ tweet.

One user named “Hara” (the link in her Twitter bio goes to a page that describes her as “A mentally fucked up woman contemplating on what to watch and what to write half of the time”) blasted Gadot, accusing the Israeli – who served in Israel’s military force, the IDF, before becoming an actress – of being on the side of the “oppressor” and of dehumanizing Palestinians by referring to them only as her neighbors. Hara wrote, “Your Neighbors have a name Gal Gadot. And you belong to oppressor’s [sic] side. You made it clear again.”

Your Neighbors have a name Gal Gadot. And you belong to oppressor’s side. You made it clear again. https://t.co/w5cbCu3yQv

Another account with a slightly larger following called Gadot a “tool of propaganda.” Nooran Alhamdan, a graduate research fellow for the Program on Palestine and Palestinian-Israeli Affairs at the Middle East Institute, tweeted, “And people really said we were exaggerating when we said boycott Gal Gadot who acts as a literal tool of propaganda for her government and the occupation forces she once served in. She can’t even say the word Palestinian. To the dustbin of history.”

Oh, yeah. People like this overanalyze Gadot’s post in order to justify putting her in the “dustbin of history,” but call her a “tool of propaganda” and the “oppressor.” Crazy.

And people really said we were exaggerating when we said boycott Gal Gadot who acts as a literal tool of propaganda for her government and the occupation forces she once served in. She can’t even say the word Palestinian. To the dustbin of history. https://t.co/pe2O9OBcuu

And another user (a K-Pop fan account, of all things!) with 109,000 followers tweeted, “Reminder Gal Gadot served in the IDF for two years where she not only witnessed the ethnic cleansing of Palestine firsthand but also actively supported it…” Mmmhmm, so Palestinian terror groups suffering the consequences of trying to kill innocent Israelis in their homeland counts as “ethnic cleansing” now? This propaganda is pathetic and only aimed at creating hate for Israelis, like Gadot.

Reminder Gal Gadot served in the IDF for two years where she not only witnessed the ethnic cleansing of Palestine firsthand but also actively supported it. How can you advocate to stop the vicious cycle of terror when you are standing on the frontlines enabling it #FreePalestine https://t.co/aAmoKKhBs1

The woman can’t even express fear for her family’s safety without getting anti-Israeli hatred. But sure, the terrorists are the victims.