Bishop Garrison is the new senior adviser to the Secretary of Defense and is already infamous for purging the military’s Trump supporters. A recently surfaced op-ed showed his contempt for America’s fundamental value of free speech.

Garrison referred to freedom of speech in the form of “disinformation” as a “digital black plague” in a 2018 opinion piece, according to a May 12 blog by Revolver News. Garrison warned that if the “plague” of speech he disagreed with is allowed to “spread further,” then “the shining city on the hill will undoubtedly find itself alone in the darkness for years to come.” 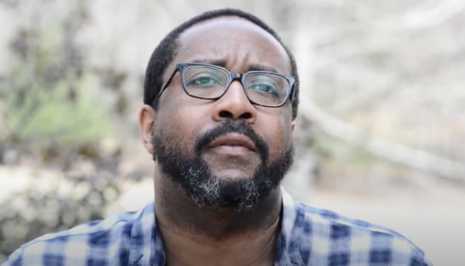 He condemned technology itself for enabling the toxic spread of ideas he dislikes: “While these technological advances work to keep us better informed, holding those with ill intentions accountable for their public actions, they also provide the means by which those who wish to spread disinformation and instability can commit their misdeeds.”

FOX News host Pete Hegseth explained on May 6 that Garrison is an ideological hatchet man with an ax to grind at the expense of Trump supporters in the military:

“This, my friends, is a purge. A purge of the Defense Department led by a new and now powerful radical leftist. A 1619 project activist, a hard core social justice Democrat. A man who believes all, all Trump supporters are racist and extremists. And what must we do to racists? We must define them and then we must purge them.”

The 2018 opinion piece showed his double standards in that conservative speech is a threat to democracy and liberal speech is sacred. Garrison torched then-President Donald Trump for criticizing the media:

“The integrity of the system is further eroded by the Trump Administration’s unwillingness or inability to condemn the brazen efforts by Russia to subvert our democracy while simultaneously demonizing the Fourth Estate as not just biased, but dishonest and even fake.”

Garrison then switched around to condemn some media himself, condemning broadcasting network Sinclair

“It’s not simply that citizens are discovering disinformation through social media or fraudulent sites, but the mass takeover of local news stations by Sinclair Broadcasting has led to opinion pieces with scant supporting evidence presented as fact on a regular basis and against the wishes of anchors.”

Revolver News, the outlet that resurfaced Garrison’s controversial opinion piece, quipped on the above hypocrisy: “Right-wing media is the threat to democracy, says Bishop Garrison. But if you criticize left-wing media, that’s an attack on ‘the very fabric of American democracy’. Got it? You better, if you or your loved ones still want a U.S. military career.”

Conservatives are under attack. Contact your local representative and demand Big Tech be held to account to mirror the First Amendment. If you have been censored, contact us at the Media Research Center contact form and help us hold Big Tech accountable.