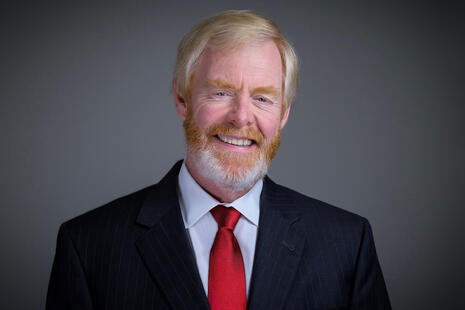 On Tuesday morning, Media Research Center President Brent Bozell released an open letter to Facebook President Mark Zuckerberg about the site’s alleged neutrality. Bozell explained that recent statements by a member of the Board of Trustees for Facebook’s Oversight Board make it clear Facebook is bowing to “Silicon Valley Values.” He declared, “Giving Facebook any further Section 230 protections is an indefensible proposition.”

The fallout of the continued Trump ban is unfortunate and has further exacerbated the problems between Facebook and the conservative movement. Facebook is increasingly behaving as an overt “publisher,” and disregarding its pledge to be an open forum for discussion. It is why there is — and must be — serious discussions to amend, or altogether remove the Section 230 protections being afforded your company.

But now a development has come to our attention that is truly astonishing. Facebook ‘s Oversight Board is openly declaring that you reject unbiased values.

Oversight Board trustee Kristina Arriaga brought that all to a head on Sunday. During her appearance on Saturday’s Newsmax show “Save the Nation,” host Adam Brandon asked her why conservatives should trust Facebook given its decision regarding President Trump. She made a stunning declaration. She stated unequivocally that Facebook was embracing “Silicon Valley values” by banning then-President Donald Trump. It was a clear declaration that Facebook is not a public square.

This wasn’t the “free expression” view guaranteed by the Oversight Board that you created. This is the so-called independent board declaring that Facebook doesn’t embrace neutrality whatsoever but instead is embracing a far-left political agenda. You will recall that in a meeting before more than a dozen conservative organizations you called Silicon Valley “ground zero for the far left.” Her declaration runs completely counter to what you said during your Georgetown speech, before the board existed. There, you committed “that we hold each others’ right to express our views and be heard above our own desire to always get the outcomes we want.”

I’m sure you know just how explosive this is. Arriaga made it clear that, “It is true that Facebook values are Silicon Valley values.” She also made a bizarre comparison of the Trump ruling to a case of Hobby Lobby defending its religious speech. Hobby Lobby didn’t build its business relying on the legal protections in Section 230. And if her view is the position of Facebook, your company shouldn’t be able to rely on 230 either.

It isn’t fair to claim that Arriaga doesn’t speak for Facebook. You created the board and it advises Facebook on policy. She’s out there representing that policy in the press. Its independence is a fantasy.

This is only the latest round of problems with the Oversight Board, which I warned Nick about when the board was first being announced. It’s already offensive that so many on the Oversight Board who openly hated President Trump still ruled on his case. You had Pakistani lawyer Nighat Dad who warned: “God forbid if Trump becomes the president, this will be my last visit to US #TrumpWantsTheWall.” She also wanted to “#BanTrump.”

Former Guardian Editor Alan Rusbridger was almost as bad. He argued that the media should stop covering Trump pressers back when Trump was still president. He tweeted: “There is no public interest in spreading disinformation. Completely agree that media should stop live broadcasting Trump, especially since he rejects robust challenge from reporters.”

The independent board you set up allowed both to rule on Trump’s fate. He didn’t get a fair hearing. It was the illusion of due process. Now, thanks to Kristina Arriaga, we know why. The board is just an extension of Facebook’s Silicon Valley agenda.

Giving Facebook any further Section 230 protections is an indefensible proposition. Facebook will want to declare she misspoke, but she didn’t. She just confirmed — officially — what everyone already knows to be true.

Arriaga argued that Facebook should be considered and afforded the respect that conservatives gave Hobby Lobby as a “private company” that has the right to chart its own course. She is correct. Hobby Lobby has no Section 230 protections. Neither should Facebook.