Man, you know you’re dealing with a committed progressive when her parenting scheme involves teaching her daughter about the dangers of racism before potty training. 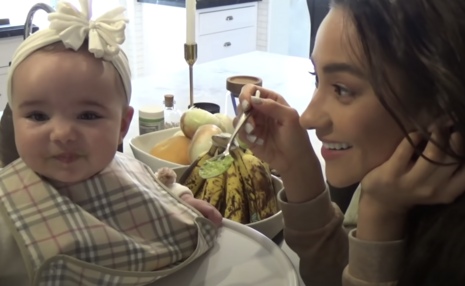 “Pretty Little Liars” actress Shay Mitchell is now reinventing what it means to be a parent. Alongside such brave instructional mavericks inclined on giving their infants the gender talk, Mitchell is giving her one year-old daughter the race “talk.”

Who knows? Maybe that’s the way to go, tell her about the serious racial implications when she starts learning to differentiate colors and shapes for the first time. Oh but DO NOT show her Dr. Seuss if you want her to grow up in a safe environment.

Mitchell, the 34 year-old actress, beauty mogul and fairly new mother explained to Women’s Health that since her daughter, Atlas, is mixed race, she will have to learn the sad truth about race in this society. Speaking of her partner and Atlas’ father, Mitchell stated, “Matte is half white — his dad is from Trinidad. And Atlas is a mix of all of us. But she’s very fair-skinned and has light eyes and hair, so she doesn’t look like either of us.”

Oh and of course, that matters. Apparently the color of her daughter’s skin warrants a race talk which incorporates her toys and playtime. The actress continued saying, “We’re learning how to have those appropriate conversations. It starts with her dolls, with the toys she plays with, and the books we read to her, that have all different colors and ethnicities.”

Gosh, talk about torture. And we thought public school was a terrifying prospect for kids these days.

Mitchell explained how her parents’ experience has prompted this racial hyper awareness being inflicted on her child. The actress talked about her Filipino mother being derided for her race. “On the bus with my dad, she would get the worst looks,” she recalled. “They would tell me about going into a restaurant and people not serving them.”

The actress also mentioned how she witnessed firsthand her mother getting confused with the help every once in a while because of her skin color. “My mom would get derogatory remarks like, ‘Are you the cleaning lady? Are you the nanny?’ And she was like, ‘No, but what is your issue if I was?'” Mitchell claimed.

And make no mistake, those things happening to Ms. Mitchell’s mother are tragic and horrible but for her to make her daughter hypersensitive to the race issue in a current era where racial outrage is being manufactured as a political weapon seems a bit unwise.

Remember Hollywood earnestly believes that America is a racist place, and Shay’s parenting example seems like a trendy way to insert herself into that culture, where it’s about making kids well aware of how racist everything is before they even get to studying Abraham Lincoln freeing the slaves or MLK making civil rights strides in elementary school.