Liberals and Big Tech once actively suppressed the theory that COVID-19 emerged from the Wuhan Institute of Virology. Evolutionary biologist Bret Weinstein appeared on Fox News to explain how the narrative appears increasingly probable.

Weinstein’s appearance on Fox News Primetime on May 15 made censorious journalists and platforms look irresponsible. When asked why liberal media sources accepted China’s denial of the lab narrative so quickly, Weinstein responded by torching them: “Well, the reason they’re changing course now, I believe, is that those of us who understood this story to be unlikely and recognized that there was, in fact, a great deal of evidence pointing towards the Wuhan Institute of Virology have been relentless in unearthing that information and advancing it in a sober and responsible scientific way,” he explained. “At some point, it became impossible for them to sustain the story that this virus couldn’t have come from that lab, which then raises the question: Are we supposed to accept the emergence of this virus in Wuhan as a simple coincidence?” 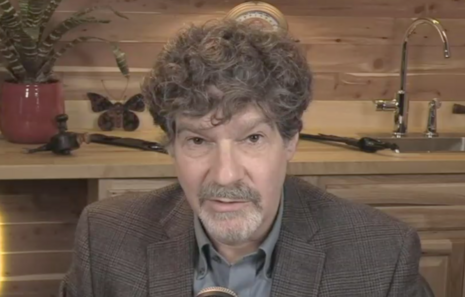 Weinstein commented via Twitter that “The race is on to immunize the corrupt people and institutions that got the COVID’s origin question upside down.” He then condemned mainstream media sources for politicizing the debate about the origins of COVID-19:

“The most maddening thing about attempts to fictionalize the history is the way they assert: those investigating and publicizing the lab leak hypothesis were all Trump supporters pushing a wild eyed version of the ‘theory’ until Nicholas Wade opened our eyes to the sober version.”

Twitter allegedly cracked down on  news outlet ZeroHedge after it shared the lab narrative.

Forbes claimed that a spokesperson from Twitter indicated that “ZeroHedge was removed for violating its platform manipulation policy, which the social media giant describes as ‘using Twitter to engage in bulk, aggressive or deceptive activity that misleads others and/or disrupts their experience.’” However, the Daily Mail cited a resurfaced research paper from South China University of Technology that appeared to lend some credence to ZeroHedge’s initial reporting.

Conservatives are under attack. Contact Twitter’s leadership by tweeting at the official @Twitter account and demand that Big Tech be held to account to mirror the First Amendment while providing transparency, clarity on “hate speech” and equal footing for conservatives.. If you have been censored, contact us at the Media Research Center contact form, and help us hold Big Tech accountable.