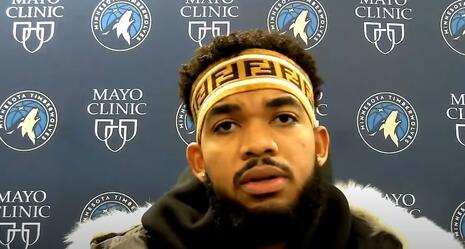 The National Basketball Association’s popularity is melting away faster than an ice cream cone in Death Valley, and what’s the solution? More politicking! The NBA Social Justice Coalition is urging Congress to crack down on police officers with sweeping “reform.”

That’s right: Having already thrown in with the self-described Marxists of Black Lives Matter, millionaire pro basketball players are spitting in the eye of the cops who provide security for them in pro basketball arenas.

Yahoo Sports’ Ryan Young reports the coalition frames policing problems as “systemic,” and is urging Congress to pass the George Floyd Act to shackle public safety officers. The U.S. House of Representatives passed the act in March, but the legislation is expected to fail in the U.S. Senate. Thus the NBA’s full-court press on cops.

According to The New York Times, the bill aims to undermine qualified immunity for police officers and make it easier to prosecute them. It will also institute more restrictions on their ability to fight crime.

Naturally, law enforcement unions and groups are strongly opposing the George Floyd Act. Yahoo noted that former President Donald Trump was going to veto the bill if it passed on his watch.

The coalition’s actions are just more of what fans are rejecting: NBA politicking. The wokeball league isn’t content until it drives away its remaining fans with politics, and it’s well on its way to doing that. A recent survey indicated that practically no Republicans have a favorable impression of the social justice-obsessed league. It’s also underwater (below 50 percent) in approval ratings with Democrats. Television ratings for the league in recent years have dropped like a rock.

This group urged senators to pass sweeping legislation to “honor the memory of Mr. Floyd,” who was murdered one year ago today.  Last month, Minneapolis police officer Derek Chauvin was convicted of three counts related to Floyd’s death. The coalition’s Monday letter to senators said in part:

“Today, as this painful anniversary approaches, we have an opportunity to honor the memory of Mr. Floyd and others who have been victims of police brutality in this country by passing the George Floyd Justice in Policing Act.

“Systemic problems demand systemic solutions. And, because police actions are governed by a diverse array of state laws and local policies, the Floyd Act takes unprecedented strides toward consistency — reforming at a federal level the practices that failed its namesake.”

Another unpopular basketball league waded deep into politics over Floyd, too. The Women’s NBA players union stated it remains “hopeful that the George Floyd Justice in Policing Act is the important first step for comprehensive policing reform at the federal level. America has a serious problem when it comes to discriminatory policing. It is a deadly problem for black and brown people. Excessive force used against communities of color is past crisis-level. Excessive force used against communities of color demands action by Congress.”

A word to the wise: these woke leagues ought to engage in brand repair instead of burning down their houses with unpopular distractions.