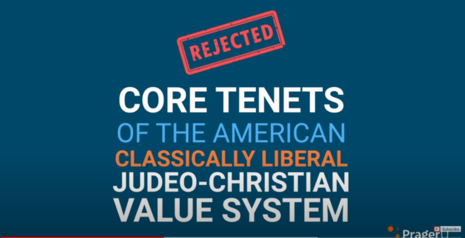 Texas is one of many states passing bills to keep their schools from indoctrinating students in “critical race theory,” a set of ideas holding that the United States was founded on racism and that all racial disparities and based in systemic racism.

Meanwhile, the New York Times is one of many media outlets trying to force it through with dishonest reporting suggesting bills to stop such indoctrination are akin to whitewashing history and preventing teaching about slavery.

In Tuesday’s “Inside The Times” section, “A Legislature Takes On History,” the Times Giovanni Russonello talked to reporter Simon Romero. Together they lambasted Texas and other states with gross distortions of what the similar bills would accomplish.

It’s a follow-up to Romero’s May 21 front-page story. The online headline: “Texas Pushes to Obscure the State’s History of Slavery and Racism — Texas is awash in bills aimed at fending off critical examinations of the state’s past.” No bias there!

Now, a flurry of proposed measures that could soon become law would promote even greater loyalty to Texas in the state’s classrooms and public spaces, as Republican lawmakers try to reframe Texas history lessons and play down references to slavery and anti-Mexican discrimination that are part of the state’s founding.

….they come as nearly a dozen other Republican-led states seek to ban or limit how the role of slavery and pervasive effects of racism can be taught.

Romero inched closer to the truth in the next paragraph:

….lawmakers in Louisiana, New Hampshire and Tennessee have introduced bills that would ban teaching about the enduring legacies of slavery and segregationist laws, or that any state or the country is inherently racist or sexist.

The Texas bill would prohibit among other things, teaching that “An individual, by virtue of the individual’s race or sex, bears responsibility for actions committed in the past by other members of the same race or sex.” (Bills and laws in Tennessee and other states bear very similar language.)

But the Texas history measures have alarmed educators, historians and activists who said they largely ignore the role of slavery and campaigns of anti-Mexican violence and would fail to educate a generation of students growing up in a state undergoing huge demographic shifts.

Despite the paper’s ravings about jingoism, the legislation doesn’t forbid teaching slavery.

In a recent article, our national correspondent Simon Romero took a look at a different set of proposals making their way through the Texas Legislature that could shape the way future Texans see the world. Specifically, these bills seek to prevent the state’s grade-school students from learning about the role of racism and slavery in Texas’ history.

Various pieces of proposed legislation that have made it through the Texas House would promote an essentially jingoistic approach to teaching state history….Another bill would create an “1836 Project” promoting what it calls “patriotic education” about the state’s history….Historians I spoke with expressed a lot of concern that this measure could gloss over the history of slavery and campaigns of anti-Mexican violence in Texas.

….Would it be accurate to say there’s a broader movement afoot nationwide among conservative legislators, aimed at preventing schoolchildren from learning about the role of racism in American history?

Absolutely. This is happening in Republican-controlled legislatures around the country. Lawmakers in states including Louisiana and New Hampshire have introduced similar bills that would essentially limit or even prohibit teaching about the legacies of slavery and segregationist policies that endure to this day.