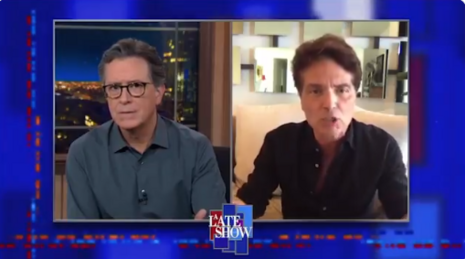 Late night TV abandoned any sense of ideological balance during the 2016 presidential election.

Host after host went “all in” on Hillary Clinton’s failed candidacy, sending Johnny Carson’s bipartisan approach to the dustbin of history.

It’s only gotten more one-sided since then. That doesn’t excuse some of the embarrassing behavior we’ve seen from the late night crew, including comics insulting ordinary Americans fighting back against extreme lockdowns last year.

Stephen Colbert of The Late Show fame is often the worst of the worst when it comes to egregious posturing. Earlier this year he cheered on Dr. Seuss’ cancellation, ignoring the harmful effects of Cancel Culture as well as the author’s ability to inspire children to read.

This week, Colbert sunk to a low it may be hard to top.

The far-left host invited Richard Marx onto his CBS show. Marx gained fame during the 1980s with hits like “Don’t Mean Nothing” and “Right Here Waiting.” His career slowed after that impressive run. Lately, he gets more headlines for his hard-left Tweets.

“I’ll say it again: If I ever meet Rand Paul’s neighbor I’m going to hug him and buy him as many drinks as he can consume.”

Said neighbor assaulted the Republican senator in 2017, causing life-threatening injuries along with broken ribs and chronic pain. Marx’s Tweet clearly celebrates that attack. It’s impossible to see it any other way. 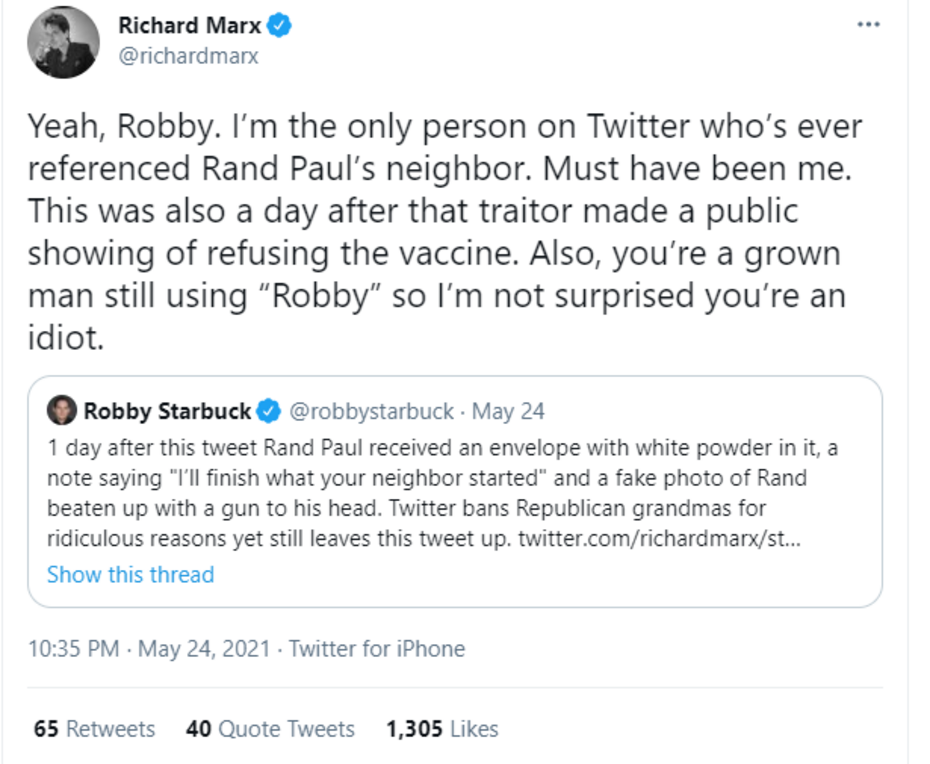 Plus, it wasn’t the only time Marx cited the abusive neighbor against a Republican leader.

Twitter, a far-left, anti free speech platform, ruled the Tweets didn’t violate its community guidelines. Colbert did the corrupt social media outlet one better. It invited Marx on his show to yuk it up over the controversy.

Colbert insisted Marx’s Tweets weren’t a call for violence, a standard he would never allow if the parties were reversed. Even worse? He let Marx shamelessly plug his music, memoir and upcoming concert dates.

And then there are the stars who wished President Donald Trump dead. Once more … zero consequences.

The indulging of political violence on CBS was sponsored by Verizon and Starbucks. Click on the links to let them know what you think.