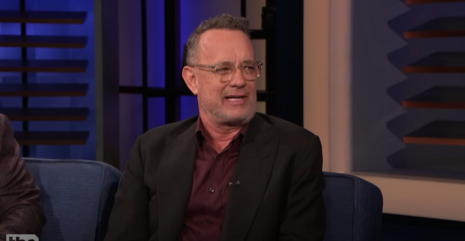 Few movie stars have been more exalted than Tom Hanks. You’d never expect a guy with his nice-guy branding to get a strong slap in the face in the political arena. But Hanks penned a “guest essay” for The New York Times lecturing on racism, which opened him up for a shaming from the Left.

On June 4, Hanks boasted about how he bores people at parties with his historical knowledge, but lamented growing up in the schools of Oakland and never hearing a word about the Tulsa racial massacre of 1921. It was “systematically ignored, perhaps because it was regarded as too honest, too painful a lesson for our young white ears.”

He admitted they were taught about slavery and Harriet Tubman, Crispus Attucks and George Washington Carver, Frederick Douglass and Martin Luther King and the Ku Klux Klan. It wasn’t a…”whitewash.”

Hanks sounded like a liberal who makes documentaries for CNN: “When people hear about systemic racism in America, just the use of those words draws the ire of those white people who insist that since July 4, 1776, we have all been free, we were all created equally, that any American can become president and catch a cab in Midtown Manhattan no matter the color of our skin, that, yes, American progress toward justice for all can be slow but remains relentless. Tell that to the century-old survivors of Tulsa and their offspring.”

Talk about constructing a straw man! Almost no Caucasian American who reveres the Fourth of July and feels proud about our racial progress since the Civil War or the Civil Rights Act suggests our history was all sunshine and roses and racial harmony.

Then Hanks was lined up for the dunk tank. On July 13, NPR television critic Eric Deggans penned a piece for their website titled “Tom Hanks Is A Non-Racist. It’s Time For Him To Be Anti-Racist.” Deggans proclaimed that he liked Hanks and his work….but as a subhead warned, “He’s built a career playing righteous white men.”

Deggans wrote “I know the toughest thing for some white Americans — especially those who consider themselves advocates against racism — is to admit how they were personally and specifically connected to the elevation of white culture over other cultures.” He complained Hanks has “built a sizable part of his career on stories about American white men ‘doing the right thing.’”

Somehow making movies like “Saving Private Ryan” and “Apollo 13” and “Forrest Gump” is aggressively defined as a malignant whiteness-elevating conspiracy: “Baby boomer filmmakers have made fortunes amplifying ideas of white American exceptionalism and heroism.” Now Hanks needs to make amends and be an “anti-racist” and acknowledge Hollywood’s responsibility “now lies with helping dismantle and broaden the ideas they helped cement in the American mind.”

When conservatives mocked Deggans for hammering this “systemic racism” anvil — that it’s never enough for white people to be “non-racist,” you have to be “anti-racist” with soul-cleansing, leftist-pleasing activism — his NPR colleagues rallied around his sermon.

No one should expect NPR would allow an opposing point of view, or an actual debate. Instead, on the June 15 edition of the hilariously titled “All Things Considered” newscast, they offered Deggans five minutes to expand on his Hanks-bashing thesis.

This underlines how NPR takes our tax dollars and uses them to enforce an ideological hard line that shames Hollywood and its liberal titans as insufficiently woke. NPR exists to “dismantle ideas” that whites in Hollywood “helped cement in the American mind.” Does that sound like journalism or activism comes first in “public broadcasting”?