June 19 or “Juneteenth National Independence Day” is now a federal holiday. On that day in 1865 Union soldiers finally made it to Galveston, Texas, and enslaved blacks learned they were free. It can and should be a unifying holiday, and one that signifies how far our country has come. Or, if you’re one of the hard leftists at Teen Vogue you can take the opportunity to event to moan about how white people ruin everything. 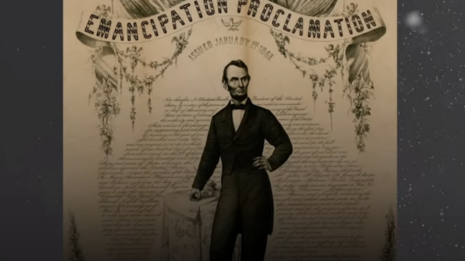 That’s what Jameelah Nasheed did. Before the bill even reached Biden’s desk Nasheed was ragging on white people for “whitewashing” the holiday. In a June 17 Teen Vogue op-ed released, she made a point of calling out the 14 representatives who voted against the the bill, instead of mentioning the overwhelming bipartisan support  or the fact that Trump had plans to federalize the holiday as well. And because progressives can see into people’s hearts, she dismissed support for it as “insincere.”

And anyway, “I don’t feel comfortable saying [Juneteenth] should be ‘celebrated’ by non-Black Americans,” Nasheed wrote. The social justice warrior then said that the creation of MLK Jr. Day “provided ample opportunity for distortions of King’s legacy” and has “become overwhelmingly whitewashed and gentrified over the years.” Nasheed is a Marxist, and distrusts anything that blunts revolutionary fervor.

“Additionally, when reflecting on King’s true teachings and philosophies, the U.S. we’re living in hasn’t honored him in the ways that count,” Nasheed continued. Well, she hit the nail on the head with this one, but not for the reason that she thinks.

The real fear that Nasheed has is “white folks capitalizing off of Black labor.” She begged the question, “Will there be ‘Juneteenth’ car sales and mattress sales ‘celebrating freedom’ and open to all?” Marxist critiques of America are as thoughtless as they are tedious.

The majority of Americans don’t have a strong opinion on Juneteenth or are not familiar with the holiday. Unless you grew up in or around Texas you’ve probably never seen the celebrations. It’s important to recognize that we have a complicated history, but we are still the greatest country on Earth and the progress that has been made in this country is something we should all be proud of.

But progressives fear actual progress. It means they have less whine about.