One of the world’s premiere beauty pageants has fallen for the transgender craze and will be allowing a biological male to compete with the country’s most beautiful women for the crown of Miss America. 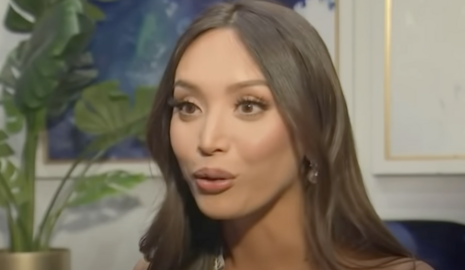 A transgender woman – or anatomically speaking, a dude – just beat out 21 real women for the title of Miss Nevada giving 27 year-old Kataluna Enriquez the chance to be crowned Miss USA in the larger beauty competition. Our hearts go out to all the women who have so far been deemed less beautiful than a literal man.

And we thought models had to deal with intense pressure, before they had to compete with men.

But back to Kataluna’s rise as a man to the heights of feminine beauty achievement. (What a world.) His campaign for the Miss Nevada crown was remarkable and even local Fox affiliate KVVU-TV described it as “redefining what it means to be a woman and what it means to be beautiful.” Well when the literal opposite gender wins a female pageant, yeah, we guess you could call that a redefinition.

During the pageant, Enriquez leaned into his unorthodox gender identity and added some LGBTQ activism to the festivities. The Blaze reported that he wore a “homemade rainbow-colored gown to celebrate Pride Month” in order to “honor all of those who don’t get a chance to spread their colors,” he said.

In an interview with the Fox affiliate, Enriquez added, “I’ve learned to love myself, learned the beauty that’s inside me, learned to use my voice and the power that I have.” He also stated, “You are capable of anything as long as you believe in yourself.” Well he really is a testament to that. He IS a woman because he says so, and now even the world’s premiere line of beauty pageants are indulging it.

This past March saw Kataluna win the Miss Silver State USA pageant, a local competition in the larger Miss Universe pageant. Again, our condolences to the poor women who lost that one. When asked about what participating in the competition meant to him, he called it, “a celebration of womanhood and diversity and this celebration of being your true self.” Again with this deluded farce.

After winning the Miss Nevada crown over the weekend Kataluna stated, “Today I am a proud transgender woman of color. Personally, I’ve learned that my differences do not make me less than, it makes me more than.” Oh interesting quote there at the end. “More than?” So is she admitting her victimhood status makes her more powerful than the “normals?” Well, that’s straight from the horse’s mouth.

But hey, if you claim oppression, you can literally get the Miss Universe pageant to allow you to compete even if you’re a bloody man. This is highly disturbing.