The climate doom-mongers at The New York Times must now face the reality that their decades-old eco-Armageddon predictions were flat out wrong. 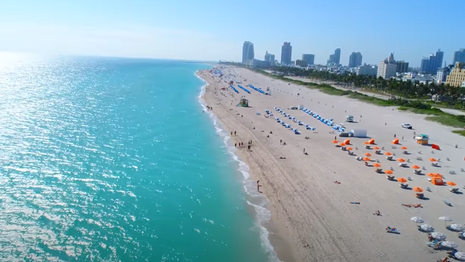 The Times screeched in a 1995 story how “some of the predicted effects of climate change may now be emerging for the first time or with increasing clarity.” One of the predictions included a “[a] continuing rise in average global sea level, which is likely to amount to more than a foot and a half by the year 2100.” The Times then cautioned that an apocalypse for beach-goers would be  a likely result: “At the most likely rate of rise, some experts say, most of the beaches on the East Coast of the United States would be gone in 25 years.”

Twenty-five years from 1995 would mean the beaches would be gone by 2020. Newsflash: The East Coast beaches are still intact. U.S. News & World Report even ran a report in May 2020 headlined: “16 Top East Coast Beaches to Visit.”

That’s like telling people the sky is falling at the beginning of a drizzle.

But The Times was sure to try to scare readers stiff in 1995 by propagandizing how East Coast beaches were “already disappearing at an average of 2 to 3 feet a year.”

The earth has entered a period of climatic change that is likely to cause widespread economic, social and environmental dislocation over the next century if emissions of heat-trapping gases are not reduced, according to experts advising the world’s governments.

The Times, even after being proved wrong, has continued its environmental crusade over 25 years later. Recently, the newspaper’s Ezra Klein Show host Ezra Klein took eco-nuttiness to a new level by publishing a podcast speculating whether the solution to fighting climate change will include dimming the sun.

The newspaper also just told home-buyers to add “climate hazards” to their checklists when seeking to purchase homes. The Times propagandized that climate change was causing people to wonder “about the risk of natural disaster, and what that risk might mean for a home’s value over time.”

Conservatives are under attack. Contact The New York Times at 800-698-4637 and demand the newspaper correct the record on its 1995 article.