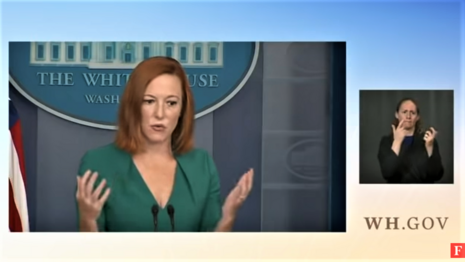 ABC, CBS, CNN, NBC, and MSNBC all avoided mentioning a Reuters story on a July phone call between President Biden and then-Afghanistan president Ashraf Ghani where Biden implored Ghani to project the perception of victory over the Taliban, whether it was “true or not.”

White House press secretary Jen Psaki told reporters she didn’t want to go into a “private conversation.” But in the Trump years, Psaki demanded the release of a tape and transcript of a 2019 call between President Trump and Ukrainian leader Vlodomyr Zelensky. The Democrats used that discussion as evidence in their first Trump impeachment attempt.

We also discuss the networks freaking out at the Supreme Court’s apparent failure to stop the new Texas anti-abortion law, based on what CBS called a “so-called fetal heartbeat.” ABC was sad the pace of deaths at Planned Parenthood centers has slumped.

Finally, a new Pew Research Center poll on “cratering” conservative trust in the liberal media is causing great angst at CNN and other liberal salons. One professor blamed the conservative media for proving that “Flooding the zone with s*** works.” CNN’s Brian Stelter naturally assumed that Fox News was unleashing this malodorous tsunami.

Enjoy the podcast below, or wherever you listen to podcasts.