U.S. Senators Marsha Blackburn (R-TN) and Richard Blumenthal (D-CT) will be convening a bipartisan hearing to investigate recent allegations that Facebook has hidden its own research showing its Instagram platform is toxic for teens.

The hearing, titled “Protecting Kids Online: Facebook, Instagram, & Mental Health Harms,” will take place Thursday, Sept.30, 2021 at 10:30 a.m., according to a press release from Blackburn. Facebook Global Head of Safety Antigone Davis is committed to testify at the hearing, according to the press release. The hearing follows on an exposé by The Wall Street Journal reportedly revealing how Facebook has tried to hide research demonstrating that teens, especially teen girls, suffer mental health issues created or aggravated by Instagram. 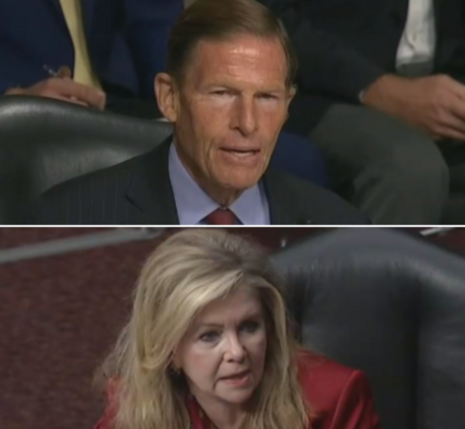 “‘Mark Zuckerberg’s guiding principle for Facebook is profit,’” Blackburn stated in the press release. “‘The platform was fully aware that Facebook had serious and harmful issues. Young girls’ risk of suicide increased, human trafficking thrived on the site, and cartels gloated about their killings.’”

Blumenthal echoed a similar sentiment in the press release and said the Thursday hearing will ask “‘tough questions about whether Big Tech companies are knowingly harming people and concealing that knowledge.’” The senator announced this hearing will be “‘one of several’” to do so. “‘Revelations about Facebook and others have raised profound questions about what can and should be done to protect people. Other social media companies have committed to appear at other hearings soon to be scheduled,’” Blumenthal added, according to the press release.

The hearing is the latest step in a larger bipartisan effort between Blackburn and Blumenthal, Ranking Member and Chair of the Senate Commerce, Science, and Transportation Subcommittee on Consumer Protection, Product Safety, and Data Security. The two senators held a hearing back in May about protecting children online. Blumenthal and Blackburn also wrote Mark Zuckerberg, Facebook CEO, a letter in August to ask for the release of internal research on the possible harm Facebook’s platforms cause. The senators also asked for transparency on how Facebook has used such research for promotion and marketing purposes.

Internal Facebook research has reportedly shown that Facebook’s platforms “routinely” fall short in areas such as teen mental health and human trafficking. Facebook 2020 research reportedly demonstrated that “[s]ocial comparison is worse on Instagram,” per The Journal.

Conservatives are under attack. Contact your representatives and demand that Big Tech be held to account to mirror the First Amendment while providing transparency, clarity on “hate speech” and equal footing for conservatives. If you have been censored, contact us using CensorTrack’s contact form, and help us hold Big Tech accountable.