China is no stranger to doing things that confuse the rest of the world, but they added another instance to their ledger on Wednesday when the International Olympic Committee announced that only mainland citizens of China will be allowed to attend the upcoming Winter Olympics in Beijing in 2022. 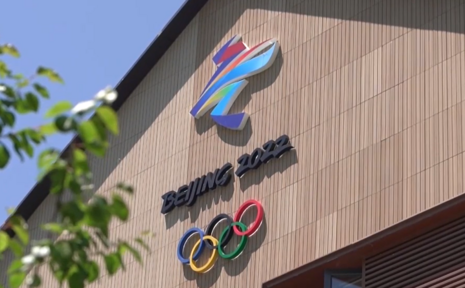 After numerous conversations with China’s regime, the IOC stated that the reasoning for the spectator restrictions boiled down to – you guessed it – COVID safety, and promoting winter sports in China.

“The restriction on spectators from outside mainland China had to be put in place in order to ensure the safe holding of the Games this winter…This will facilitate the growth of winter sports in China by giving those spectators a first-hand Olympic and Paralympic experience of elite winter sports, as well as bringing a favorable atmosphere to the venues.”

Furthermore, all athletes and team personnel will have to be vaccinated unless they can provide a medical exemption, in which case they will “have their cases considered.”

China’s plan of action for the games could not be more nonsensical.

First, the COVID policy. As we all know, just because you are vaccinated does not mean that you are free from getting COVID again. China can take all of these idiotic measures to prevent the spread of the disease, but there is absolutely no guarantee that they will prevent every spectator from leaving the games with COVID.

Second, having fans from across the world is part of what makes international competitions like the Olympics or the World Cup so much fun to behold. How awesome is it to see thousands of internationals travel far and wide to see their fellow countrymen represent their homeland in the highest level of competition in the world (the lack of fans is a big reason why the Tokyo Summer Olympics were so lackluster)?

Even if you can’t be there in person, the beauty and unity of it all are hard to miss, which could have been a major selling point to Chinese citizens as to the beauty and excitement of the Olympics had China allowed it.

Third, this could greatly damage the fortitude of the visiting athletes. When American beach volleyball star April Ross got the word in May that her family couldn’t come, she was devastated.

“It’s gonna suck not having friends and family there…” Ross said.

We can assume that countless winter athletes will have the same perspective heading into the games.

While China might think they are doing themselves, their countrymen, and the world a favor by restricting outside fans, their decision will kill enormous amounts of enthusiasm. In a world trying to get back to pre-pandemic life, China and the IOC are still moving backward.