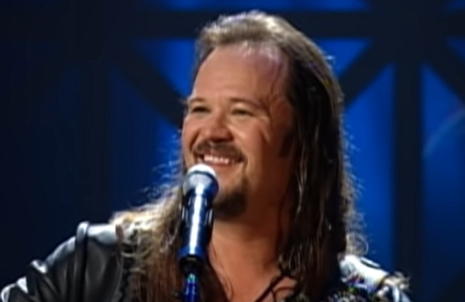 Not only are the Atlanta Braves not scared of anyone on the baseball diamond, but they are also not afraid of the crazy left-wing cancel mob either.

Ahead of Game 6 of the NLCS in which the Braves dispatched the reigning World Series champions Los Angeles Dodgers 4-2 in front of their home crowd, the Braves invited country singer Travis Tritt to sing the national anthem. The wackos on the left started crying their crocodile tears after finding this out, because last week, Tritt announced he would cancel all concerts held at venues where people needed proof of vaccination, a mask, or a negative COVID test to attend.

Tritt voiced his concerns over what he sees in an interview on Tucker Carlson Tonight:

These people have been shut out from getting a chance to go see concerts for over a year, and they’re finally getting a chance to do that again and now, they’re being turned away for some unexplained reason. So this is not about — this is not about following the science or trying to look out for the safety of the people there, this is about something else. This is trying to divide people.

Naturally, the cancel mob attempted to shame the Braves into not letting Tritt sing the national anthem because they can not stand it when someone thinks for themselves and disagrees with their views in the process.

In an opinion piece in USA Today, we read that the left thinks:

This is all, of course, very unnecessary by the Braves — and they know that.  There are plenty of Atlanta-based musical acts and artists that would have been able to handle anthem duties without drawing undue attention to a pathetic cause.

Tritt joins former ESPN reporter Allison Williams in being another high-profile figure in the entertainment industry who was willing to risk losing a lot of money for their convictions regarding the COVID vaccine.

Isn’t it ironic that the self-proclaimed “champions of free speech” are trying to cancel not just Tritt, but anyone who is actually exercising their Constitutional right to voice their opinions without consequences – and shame a baseball team for supporting that individual in the process? Well done, you good-hearted protectors of freedom!

Hopefully, Tritt does not cave to the pressures that the Left thrust upon people they view as dissenters of the truth.

But based on what he’s already said in his announcement, I think it’s safe to say Tritt isn’t going to cave:

Many people are taking a firm stand against these mandates around the country, and I wholeheartedly support that cause. I have been extremely vocal against mandates since the beginning. This is a sacrifice that I’m willing to make to stand up for the freedoms that generations of Americans have enjoyed for their entire lifetimes.

And may many more continue to join the fight.