Facebook management have reportedly been locking horns with their radical far-left workers over how far they can go to censor conservative speech online.

It’s Facebook’s worst nightmare as the platform’s internal debates over purging conservative outlets and the sinister tools to censor them were exposed in a recent Wall Street Journal report. The Journal reportedly revealed one scandalous internal conversation calling for Breitbart News to be removed from the News Tab on the platform: “Get Breitbart out of News Tab,” said an employee. The conversation condemned multiple straightforward headlines from Breitbart about rioting for allegedly “[painting] Black Americans and Black-led movements in a very negative way,” with many Facebook workers reportedly agreeing. 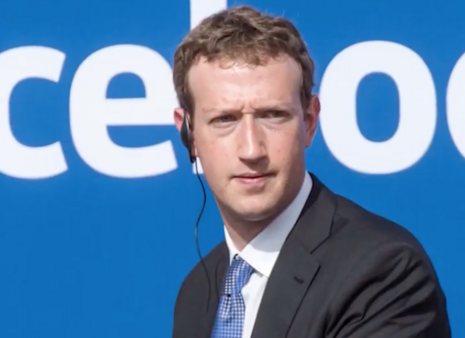 An employee working on the Facebook Audience Network also reportedly rationalized censorship as an ethical responsibility. “My argument is that allowing Breitbart to monetize through us is, in fact, a political statement,” said the employee, according to The Journal. “It’s an acceptance of extreme, hateful and often false news used to propagate fear, racism and bigotry.”

Much like Facebook’s recently exposed studies over impacts on teenagers, now the platform has been exposed for an internal study demonstrating its moderation tools disproportionately target conservatives. “The study, dubbed a ‘political ideology analysis,’ suggested the company had been suppressing the traffic of major far-right publishers,” reported The Journal. Facebook’s own “political ideology analysis” indicated that multiple conservative outlets would do far better if strict moderation tools were removed, “with Breitbart’s traffic increasing an estimated 20%, Washington Times’ 18%, Western Journal’s 16% and Epoch Times’ by 11%, according to the documents.”

Facebook’s examples of radical employees are not a rare fluke. “Facebook employees, as seen in a large quantity of internal message-board conversations, have agitated consistently for the company to act against far-right sites,” reported The Journal.

That said, Facebook management have reportedly expressed concern about the outside world having verified proof of anti-conservative sentiment or censorship within the company. The Journal’s reporting revealed an admission from a researcher in the internal memo. The researcher reportedly stated, “We could face significant backlash for having ‘experimented’ with distribution at the expense of conservative publishers.”

Breitbart condemned Facebook in response and suggested that it was censored not for running afoul of the platform’s guidelines but for offending the tech giant’s employees with truth.

Conservatives are under attack. Contact Facebook headquarters at 1-650-308-7300 and demand that Big Tech provide clarity on “hate speech,” rules that seem to be applied inconsistently. If you have been censored, contact us at the Media Research Center contact form, and help us hold Big Tech accountable.