Whenever People for the Ethical Treatment of Animals (PETA) makes a complaint regarding animal cruelty, it usually can be taken with a grain of salt. However, if you’re having a bad day, PETA’s new idiotic complaint should at least make you laugh. 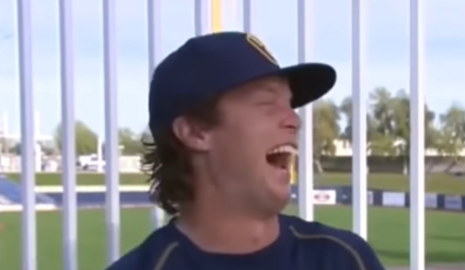 The newest gripe in the ever-important war on animal cruelty (winks sarcastically) is taking the fight to MLB, where members of PETA have petitioned that the term “bullpen” – which is the designated area in which relief pitchers warm-up before entering games – be changed to “arm barn” because the current term apparently mocks “the misery of sensitive animals.”

First of all, that is possibly the lamest alternative nickname you could come up with. “Arm Barn” sounds more like a place where a bunch of stocky men would go for an arm-wrestling tournament, which definitely is not what happens in baseball.

Second, bullpen in no way demeans animals. PETA claimed that because a bullpen is where cows wait before they are slaughtered to be sold on the market, it somehow devalues the talent of the pitchers (by comparing them to cows, I guess?) and makes people insensitive towards the death of cows.

While emotional appeals like this usually persuade people into believing an argument, a simple look at history will show that the origin of the term bullpen is obscure at best and was not used in a derogatory way.

The first mention of the word bullpen came on May 7, 1877, when Cincinnati Enquirer reporter O.P. Caylor wrote in a game recap:

“The bull-pen at the Cincinnati grounds with its `three for a quarter crowd’ has lost its usefulness. The bleacher boards just north of the old pavilion now holds the cheap crowd, which comes in at the end of the first inning on a discount.”

Since that first mention, it has evolved in its meaning and become as commonplace a term in baseball as “home run.” But never once was it used to demean animals or devalue pitching talent. After all, did anyone in New York during the 1990s and early 2000s think Mariano Rivera was less of a talented pitcher simply because he came from the bullpen? Of course not!

There is nothing wrong with the term “bullpen,” and anyone who thinks so is idiotic.

Maybe instead of griping about a sports term, PETA should focus their energy on how inhumanely Dr. Fauci treated and killed dozens of beagle puppies for bizarre science experiments.