Rep. Waltz, a retired Green Beret and war veteran, blasted Larry Fink, the head of Blackrock, for telling Americans to invest in China.

Larry Fink is accused of investing in Communist China and its the Chinese military and surveillance firms. Blackrock is the world’s largest asset manager, with US$9.46 trillion in assets under management as of 2021. According to Right Wire Report, in April, The American Prospect (TAP) reported BlackRock is an investor in Hikvision and iFlytek, two Chinese firms involved in the surveillance industry that were both placed on the U.S. Department of Commerce’s entity blacklist in October 2019. In announcing its blacklist decision, the Commerce Department wrote Hikvision and iFlytek are two of 28 companies “that have been implicated in human rights violations and abuses in China’s campaign targeting Uighurs and other predominantly Muslim ethnic minorities in the Xinjiang Uighur Autonomous Region (XUAR).”

Rep. Waltz: “You’re going to have future soldiers, sailors, and airmen possibly in conflict, possibly dying at the hands of the military equipment that Larry Fink bought with his money.” 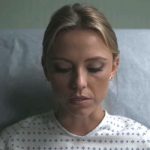