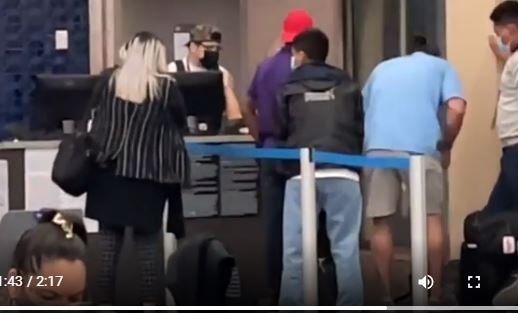 Ben Bergquam has been down on the US border with Mexico for weeks reporting on the invasion of illegal aliens into the United States.

In his first act as president after his inauguration, Joe Biden shut down the border wall construction and opened the US border to millions of illegal migrants from all over the world.

Biden opened the border for illegals and now the Democrats are working on a payday for illegals who were inconvenienced in detention centers when President Trump was president.

The insanity never ends. Democrats are hoping to crash the system and bring in a more authoritarian government.

Ben Bergquam caught on video the airlines giving illegal aliens priority over Americans at McAllen Airport in Texas. Of course, it is your taxpayer dollars that are paying for this. Americans need to wait until the illegals are situated on the plane.

Bergquam writes: “Illegal aliens that just broke into our country given priority boarding at McAllen Airport. I suggest a new law: anyone caught helping illegals invade our country should be deported back to the country from which the illegals came!”

Bergquam correctly calls out the evil in these organizations that are being paid to destroy the nation through open borders. 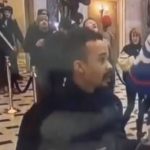 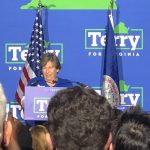