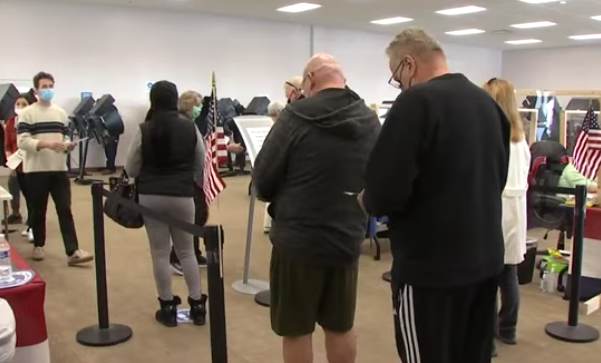 One year ago today Democrats committed the greatest crime in US history.

Democrats and the Swamp, with assistance from the fake news and social media giants ,stole a historic landslide election from President Donald Trump and Republicans.

In a stunning late-night comeback, Democrats were able to steal every battleground state for Joe Biden, a candidate with no campaign, no crowds, no enthusiasm and no charisma.

Pennsylvania was the most impressive “victory.”  Democrats worked for several days behind locked doors and with a never-ending supply of fresh ballots to steal a 795,000 lead from Donald Trump for a stunning victory for their candidate, Sleepy Joe.

THE BIG QUESTION: Democrats Still Haven’t Explained How HUNDREDS OF THOUSANDS of Votes Were Dumped in Middle of Night for Joe Biden

The coordination between states was impressive.  Five battleground states announced a pause to their counting, then dropped tens of thousands of votes for Joe Biden in the wee hours of the morning to steal their state from Donald Trump.

Biden “won” only 16% of counties, a historic low number of counties by a supposed “winner” of a national election.

Trump won every bellwether county except one and every battleground race in the US House.

Republicans won 28 of 29 of the most competitive House races, thanks to Trump.

Trump won Ohio, Florida and Iowa handily something EVERY winning candidate has accomplished since 1960.

President Trump won more of the Black and Latino vote than any of his recent Republican predecessors since 1960.

According to The New York Post — Nationally, preliminary numbers indicated that 26 percent of Trump’s voting share came from nonwhite voters — the highest percentage for a GOP presidential candidate since 1960.

And President Trump made “sizeable” gains with large populations of Latinos and residents of Asian descent, including ones with the highest numbers of immigrants.

Data from the Catalist confirmed Trump won more women and voters of color in 2020 than he did in 2016.

And, yet somehow, Joe Biden won 81 million votes.  A miracle of miracles!  A mathematical anomoly!  81 million!

For the past year, Democrats have ruled as if they hold super-majorities in the US House and Senate — pushing the most insane and suicidal policies in history.

They even surrendered a war to a terrorist state and armed them with billions of dollars in weapons while leaving Americans behind to fend for themselves.  Americans who are still trapped in Afghanistan.

But why not?  If you can steal any state at will, why worry about elections?

On Tuesday Glenn Youngkin won the governor’s race in Virginia.  He was an impressive candidate and it was a stunning win.

As Joe Hoft reported earlier today — One year ago 300,000 votes magically appeared for Joe Biden in the middle of the night to give him the win in Virginia.  These magical votes have yet to be explained.  The Democrats, fake news and even the Republican Party are incurious.

So where were the magical votes this year?  Was this omission on purpose?  Was this part of a larger psyop on the American public?   Was this part of their game?  Throw in McAuliffe as a sacrificial lamb knowing they can steal any future election at will?

So, was the 2021 Virginia race a head-fake by Democrats on the American public? 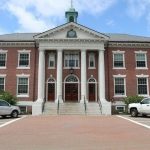 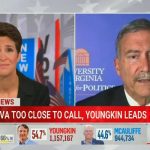