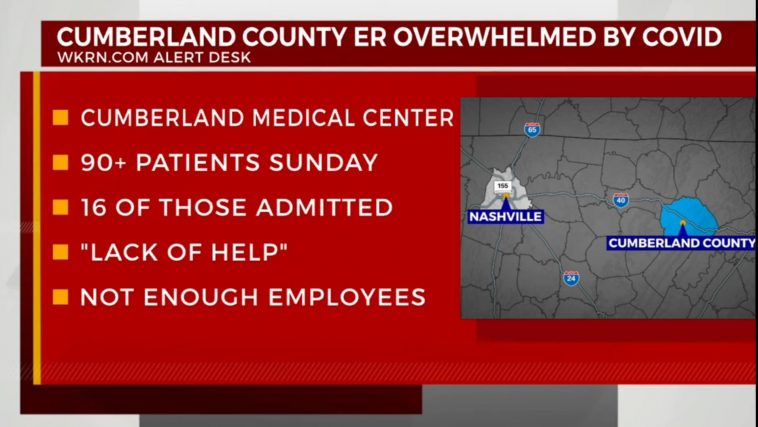 Emergency Rooms across the nation are experiencing a bed shortage ‘crisis’ because of the massive influx of patients that are showing up “much sicker than” the medical professionals “has ever seen.”

The increase is baffling. After all, the experimental vaccines have been available in the US for almost a full year, and the number of new daily positive cases has been declining for months. Right now, the number of cases each day is less than half what it was just a couple of months ago.

With fewer people catching the virus, you should reasonably expect hospitals to see a decline in ER visits, but, somehow, the opposite is happening. Throughout the country, even in places that are not considered ‘Covid hotspots,’ emergency rooms are absolutely overrun with seriously ill patients, forcing hospital staff – in many cases – to provide care in the hallway because every bed is already occupied.

The sharp uptick has mainly been driven by much more severe illnesses and conditions than Covid. In fact, the bulk of the ER visits have been to treat things like abdominal pain, respiratory problems, blood clots, and HEART CONDITIONS –  suicide attempts are also way up.

Is this the ‘vaccine effect’ in action?

KHN was able to interview some of the staff at Sparrow Hospital in Lansing, MI, which has been one of the hardest-hit ERs in the country. Tiffany Dusang, the facility’s ER director, said that the entire ordeal is “hard to watch,” and that she feels terrible when she walks the halls and sees dozens of patients sitting in chairs who are in pain. She knows that they will not be getting a bed anytime soon because the hospital’s 72 ER rooms are already full, and more people keep flooding in seeking care.

“I always feel very, very bad when I walk down the hallway and see that people are in pain, or needing to sleep, or needing quiet. But they have to be in the hallway with, as you can see, 10 or 15 people walking by every minute.”

Sparrow has even turned a separate wing of the hospital into a specialty ER overflow unit, but that only provided slight relief for a moment. The majority of severely ill patients are forced to sit in chairs that line the hallways to receive their care with no privacy whatsoever.

One man, Alejos Perrientoz, had come to the ER with numbness and pain in his arm that had persisted for over a week. He was shocked to learn when he arrived that he would not be getting a room and instead was given a full physical exam in front of everyone in the hallway.

“I felt a little uncomfortable. But I have no choice, you know?

I’m in the hallway. There are no rooms. We could have just done the physical in the parking lot.”

Even patients who arrive by ambulance are not guaranteed a bed or a room when they arrive. The staff nurse in charge of tirage screens incoming patients to determine which ones absolutely need a bed and which ones can be placed in a hallway chair.

Recently, staff members have even been forced to pull sick patients out of their rooms to give the bed to others who are in more critical condition.

“I hate that we even have to make that determination. Lately, staff members have been pulling out some patients already in ER rooms when others arrive who are more critically ill.

No one likes to take someone out of the privacy of their room and say ‘we’re going to put you in a hallway because we need to get care to someone else.”

The overcrowding crisis has not just hit Sparrow Hospital, ER rooms across the nation are experiencing the same circumstances.

Dr. Lisa Moreno, the president of the American Academy of Emergency Medicine, explained that she has received the same reports from her constituents in every part of the country. The severity of illness and inability to admit patients has created a crisis she described as “not even humane.”

“We are hearing from members in every part of the country. The midwest, the South, the Northeast, the West – they are seeing the exact same phenomenon.”

One patient that Moreno attended to had been left in a bed for 8 or 9 hours because his nurse had not gotten any time to care for him yet. The paraplegic man had recently gotten surgery for colon cancer and his large post-op wound had been leaking because of a malfunction in the device that sealed his wound.

Moreno only realized what was happening when she heard the patient loudly crying in his room because nobody had checked on him for several hours.

The current situation is a clear contrast to the early days of the manufactured China virus pandemic. In the beginning, most ERs across the country were all but completely empty as patients who were terrified of catching the virus did their best to stay away. During that time, the media overblew the crisis in urban hotspots like New York City or Los Angeles, which were the only areas that experienced overcrowding like this.

Overall, visits to the ER were down by almost 50% throughout the pandemic and had not returned to normal levels until the end of summer.

The numbers are way up even though most people with less severe conditions have still not been going to hospitals as much as they have in the past. Instead, they are choosing to go to urgent care facilities and primary care doctors for their issues.

Now, despite the majority of Americans who have been beaten into submission to take the experimental jab, ERs across the nation are completely overwhelmed by people who are sicker than ever (sharp increase in strokes, heart attacks, etc.), even in areas where Covid cases are largely under control.

Even the long-term care areas of hospitals are filled to the max. According to Epic Health Research Network, The number of admissions from the ER to inpatient care is up a whopping 20%, compared to pre-pandemic rates.

“It’s an early indicator that what’s happening in the ED is that we are seeing more acute cases than we were pre-pandemic.” – Caleb Cox, Epic Health Data Scientist.

As draconian vaccine mandates cripple the already thinned-out workforce for these hospitals, the once-heralded ‘heroes’ of this pandemic are experiencing massive burnout from the severe overcrowding they are currently experiencing. This newest crisis is beginning to cause more nurses and healthcare providers to resign or call out from their jobs, which will only be exasperated even more once the mandates fully kick in.

Every single day, Dusang checks her Sparrow Health email hoping that she doesn’t receive another resignation letter from one of her nurses, but for many days that is just wishful thinking. Her staff is leaving too fast to find replacements.

“I cannot tell you how many of them tell me they went home crying [after their shift].” 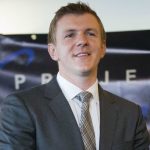 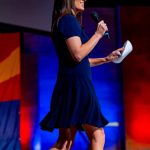