For months, in the aftermath of Biden’s Afghanistan DISASTER, Poland and many other European countries have been bombarded by thousands of Muslim migrants who are illegally crossing their borders into Europe.

Like Obama before him Biden opened the floodgates to tens of thousands of illegal border crossers from far away lands.

Several countries in the EU have directly accused Belarusian President Victor Lukashenko of intentionally sending migrants across other country’s borders as a form of political payback for several sanctions and isolation measures against his government. Lukashenko’s actions have forced several countries that border Belarus, including Poland, Lithuania, and Latvia, to militarize their border crossings and seal them off completely.

On Monday, a massive wave of migrants hit the Poland-Belarus border crossing, thousands of migrants could be seen in videos from earlier in the day traveling along the highway.

Wave after wave was recorded coming throughout the day.

Tweet translation: “Very disturbing information from the border. A large group of migrants has gathered in Belarus, near the border with Poland. They have just set off towards the border of the Republic of Poland. They will try to enter Poland en masse.”

Tweet Translation: “A group of migrants is currently located in the vicinity of Kuźnica”

Armed guards from Belarus were seen funneling the migrants towards the Polish border, providing more credibility for accusations of state-sponsored smuggling by Lukashenko.

The armed convoy (reportedly, Belarus border committee) escorts migrants at Belarus-🇵🇱 border. People report more and more migrants on the streets of Minsk. They are waiting for the transport to the border. This is true state-backed smuggling, organized by Lukashenka. pic.twitter.com/0L40x3Nhtr

Upon word of the caravan’s movements earlier in the day, Polish forces quickly constructed a razor wire fence, and reinforced it with a “human shield” standing right behind it.

When they reached the border, the migrants were immediately met by hundreds of Polish Soldiers who refused to allow a single one of them to enter.

Now THATS how you protect a border – take notes, Joe.

When the border fence fails, the Poles stand as human shields.

As long as Poland lives, the Polish and EU border is safe.#ThankYouPoland

As migrants attempted to go around the Polish blockade and look for an area to pass through undetected, they were followed by soldiers who walked with them to prevent anyone from making it across.

Needless to say, the migrants weren’t going anywhere. Thousands gathered on the other side of the fence and many of them were frivolously destroying parts of it with any object they could get their hands on.

In this case, a shovel.

Can’t see them putting up with this for long.pic.twitter.com/LzKfeFkTQN

In one area, alleged Belarusian Border agents were caught on camera by Polish soldiers as they attempted to shove a group of migrants through a fence and into Poland.

Once they saw the cameras recording, they began to move along.

Ok, this is the most disturbing border video I’ve seen so far. Lukashenko’s armed thugs dressed like ISIS militants are quite literally pushing women and children over the Polish border fence and forming a human shield to prevent them from returning to Belarus. Please RT! pic.twitter.com/WzvpLmHzhz

Earlier in the day, Polish authorities had warned that “a major shooting incident” could possibly occur because of rising tensions between them and Belarus. The sentiment was mirrored by Poland’s Deputy Foreign Minister – Peter Wawrzyk – who also said earlier today that he believes “Belarus wants to cause a major incident, preferably with shots fired and casualties,” in a statement to local Polish radio stations.

Poland’s officials see Lukashenko’s actions as a direct attack on their sovereignty as a country.  According to the Polish Ministry of Defense, over 12,000 soldiers have been deployed alongside a fortified police force and a large group of volunteer guards who are all “prepared to defend the polish border.”

To no one’s surprise, the situation on the ground spun further out of control as daylight began to fade and migrants kept pushing to cross.

Several gunshots can be heard in one clip that was posted online. As of right now, it is unclear who fired the shots.

No casualties have been reported so far.

The shooting did not seem to deter anyone – Thousands of migrants have set up camp for the night, as temperatures begin to dip below freezing.

Tweet Translation: “Border between the #Bélarus and Poland: at nightfall, migrants try to warm up. Tonight it will be -3 degrees, in the coming days the temperature will drop to -5. A humanitarian crisis at the gates of Europe, caused by Lukashenko.”

This is a developing story, check back for updates. 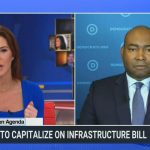 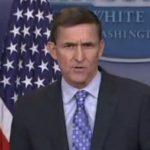