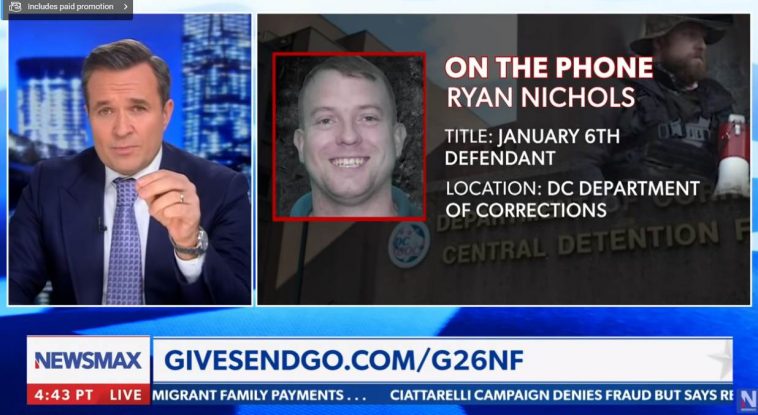 Ryan Nichols, is an honorably-discharged U.S. Marine. He is a defendant facing charges related to his participation in riots that took place at the U.S. Capitol on January 6, 2021.

Nichols described the unspeakable horror he has endured since being arrested on January 18th. I went through 5 jails within 50 days before finally being locked in solitary confinement for 23-30 hours a day in Washington DC on March 9. We now are allowed 5.5 hours out of our cell each day, but still are:

• Not allowed haircuts or shaves without a COVID shot.- Even though not every officer or staff member at this jail has the Vaccine.

• Allowed to cut our fingernails and toenails MAYBE once per month.

• Given Bologna sandwiches for dinner 4/7 nights each week. (The other 3 dinners consist of Peanut Butter or Turkey sandwiches)

• Not allowed to video visit or see our families without all parties having a COVID shot – Even though not every staff member at this jail has the COVID shot..

… And this is just to name a few things – I could go on. My family has been extremely impacted by all of this. My children are devastated that daddy was suddenly yanked out of there lives without any notice at all. My youngest, who just turned 5, tells me he “doesn’t even remember what I look like,” and wants to know “am I ever coming home?”

Reports of torture, abuse, solitary confinement and inhumane conditions have leaked, and a District Court Judge recently ordered that the Warden and the Director of the jail were in contempt of court for not providing medical care for a January 6th inmate suffering from cancer and a broken wrist.

Nichols and his attorney joined Greg Kelly live from the DC DOC Correctional Facility to discuss poor living conditions for him and other inmates, and what the nation can expect at a hearing in December to decide his fate as well as others. 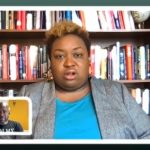 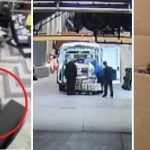