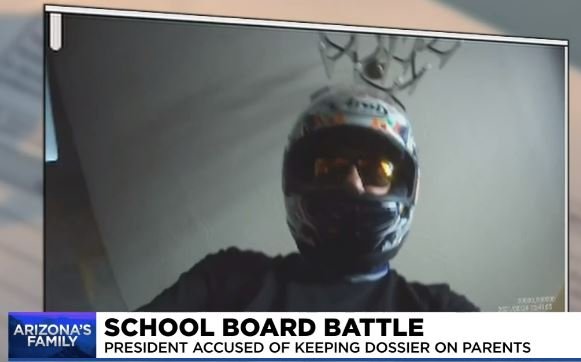 An Arizona School Board President and his deranged father Mark Greenburg have been stalking concerned parents who attend school board meetings.  The family is then posting their private information on a shared Google drive.

Board President Jann-Michael Greenburg and his father, Mark, were caught red-handed by parents after sending an unsolicited email which revealed theGoogle drive link. Greenburg’s email is clearly displayed in one of the tabs.

Jann-Michael Greenburg also lives at home with his parents. It’s very likely he knew about this.

Another question to consider is why is a 28-year-old with no kids and who is still living at home a School Board President?

The Gateway Pundit reported that the father, Mark Alan Greenburg, wished that one of the victims would die on a recording from the body camera that he used to stalk the local parents. He said he would throw a party.

This creepy political spying has been happening for more than a year. Screenshots obtained from the Google drive, which parents have dubbed the Greenburg Dossier, show screenshots and online harassment dating back to May 2020. Today, I sent a letter to @GeneralBrnovich to do what is right & open an investigation into @ScottsdaleUSD Greenburg et al. Parents shouldn’t live in fear, or be doxed 4 showing up at a district school bd meeting. Parents have the right to direct the education of their children. In addition 2 sending a letter 2 @GeneralBrnovich I sent this letter 2 the Superintendent & the entire governing board at @ScottsdaleUSD There is no place for an elected official 2 create a dossier of parents & minor aged children. Parents should be able 2 express their 1A rights pic.twitter.com/1KFL3nXCZR 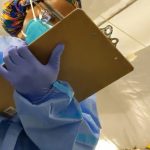 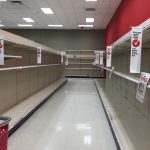