The biggest child sex ring case in history kicked off this week with little attention from Big Media.

Reuters reports on the start of the case:

When Ghislaine Maxwell leaves Manhattan federal court at the end of each day of her upcoming sex abuse trial, the British socialite will return to a Brooklyn jail cell that she says is plagued by vermin and the scent of raw sewage.

Since her July 2020 arrest on charges of grooming underage girls for now-deceased financier Jeffrey Epstein to sexually abuse, Maxwell has been held in isolation at the Metropolitan Detention Center (MDC), a jail where, according to several defense attorneys, conditions are substandard.

Maxwell has said raw sewage seeped into her cell, that she was given moldy food and deprived of water, and that guards shine flashlights at her at night, court filings show. Her attorney Bobbi Sternheim compared her cell to Hannibal Lecter’s, a far cry from Maxwell’s pre-arrest life of luxury.

Maxwell cited the jail’s conditions in three of her four bail requests, all of which were denied by U.S. District Judge Alison Nathan, who called Maxwell a flight risk. Those denials were twice upheld on appeal.

Maxwell has pleaded not guilty to six counts of sex trafficking and other crimes. Jury selection is underway, with opening statements scheduled for Nov. 29.

Some people are questioning why the biggest child sex ring case in history is not well covered by the Big Media.

Maxwell was the groomer for Jeffrey Epstein who died in jail in what appeared to be murder but was labeled a suicide.  Together they pushed underage girls onto celebrities and political figures for years. 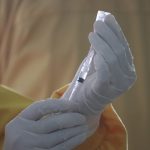 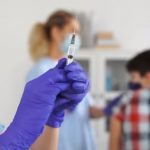