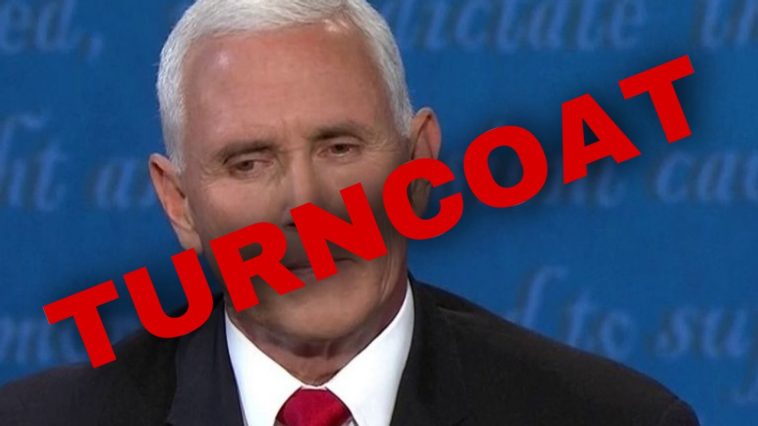 Turncoat Mike Pence has drawn a line and says he will support crooked incumbent Republican governors who President Trump wants to primary out.

Who will ever forget the look on Mike Pence’s shamed face as he turned on the President and the American people and certified the stolen 2020 Election?  Now, this same coward has decided to turn again against President Trump and America and back any corrupt governor President Trump chooses to work to replace.

What a terrible disgrace Mike Pence is.

Mike Pence will reportedly back incumbent GOP governors over challengers endorsed by Donald Trump, potentially furthering the rift between himself and the ex-commander-in-chief.

Pence told a handful of these governors of his support during a private meeting, according to a Wall Street Journal report published on Saturday.

“I want to be clear,” Pence reportedly said. “I’m going to be supporting incumbent Republican governors.”…

…Trump has endorsed GOP primary challengers against half of the Republican governors seeking re-election next year. The Journal also noted that several of these leaders have reportedly grown closer over the last few years, supporting each other amid challenges from the former president during governor-only calls.

During this call, per Raw Story, Republican Governor of Maryland Larry Hogan reportedly called Trump’s attacks on incumbent governors “outrageous, unacceptable and bad for the party.” He also called the tactics employed by the former president “Trump cancel culture.

Pence and corrupt Republican governors have no idea how much they are hated by their base.  They continue to lie to themselves and claim President Trump got beat in the illegitimate 2020 Election even though he received 6 million or 10% more votes than any other President or candidate in history (with 75 million votes).  Trump’s base is not small, it’s the largest base in US history.  Everyone knows Joe Biden has no base.  He is worthless, senile, and corrupt.  Everyone also knows he didn’t receive 81 million legitimate votes in the 2020 election.

Turncoat Pence and governors like Larry Hogan can go straight to hell.  The American people side with strength, justice, prosperity, freedom, and President Trump, not them. 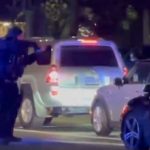 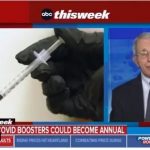