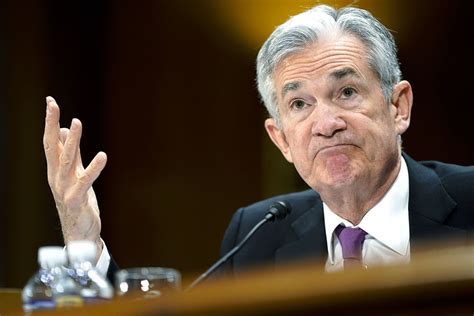 Biden has decided to renew FED Chair Jerome Powell’s tenure as head of the FED for another four-year term.  Biden’s communist contender will be his vice chair.

Powell had been widely expected to keep his post since he has bipartisan support from Republicans and moderate Democrats who have praised him for his response to the coronavirus pandemic. Powell’s current four-year term is set to expire in February.

“I’m confident that Chair Powell and Dr. Brainard’s focus on keeping inflation low, prices stable, and delivering full employment will make our economy stronger than ever before,” Biden said in a statement.

Brainard, the sole registered Democrat on the Fed Board of Governors, was a close contender. Her dovish views on monetary policy, increased bank regulation, and using the central bank’s tools to combat climate change were seen as more aligned with the administration’s stance.

Powell nearly shut down the US economy under President Trump in 2018.  His actions of increased rate hikes led to massive increases in the US deficit.  Had Powell left the rates alone, the US would be much richer today.

Under the FED this decade, Democrat Presidents have enjoyed almost exclusively, zero rates which help move the economy forward while Presidents GW Bush and Trump saw rates ever increasing by the FED.

The Fed since 2000 has increased rates of Republican Presidents numerous times under GW Bush and President Trump and only once at a quarter a percent under Obama.  The rates for Obama and Biden have remained at zero for Biden and Obama for all but one year out of nine where the rates were a quarter a percent.

Powell knew what he was doing and did all he could to hurt President Trump.  Then in October of 2020, Powell sold between $1 and $5 million of his personal assets before the dip in the US markets.

Federal Reserve Chairman Jerome Powell sold between $1 million and $5 million worth of stock from his personal account on October 1, 2020, according to disclosure forms reviewed by the Prospect. Powell’s sale of shares from a Vanguard Total Stock Market Index Fund has not been previously reported. This sale occurred right before the Dow Jones Industrial Average suffered a significant drop.

A Fed media relations spokesperson was not available for comment. We will report on any Fed statement on Powell’s trades.

Three other senior Fed officials have faced serious criticism for making stock trades during the pandemic. Dallas Fed President Robert Kaplan and Boston Fed President Eric Rosengren were compelled to take early retirements as a result of the disclosure of their trades. Fed Vice Chair Richard Clarida also came under fire for stock trading. The other trades are now the subject of investigations by the Fed’s own inspector general and the SEC.

There is no American with more insider knowledge about government policy that drives financial market movements than the chair of the Federal Reserve. And as COVID caseloads, hospitalizations, and deaths spiked last fall, the economy was in a precarious condition. October turned out to be the stock market’s worst month since March 2020, when the pandemic began.

The Dow would lose 1,600 points in October, or 6 percent of its value.

We reported on Powell’s vice chair, Lael Brainard, last week. She was unable to answer whether she was a capitalist or a socialist under oath in front of the US House.

It’s fair to say, the US economy is now in horrible hands and it shows. 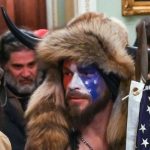 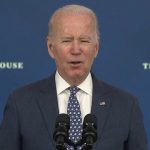