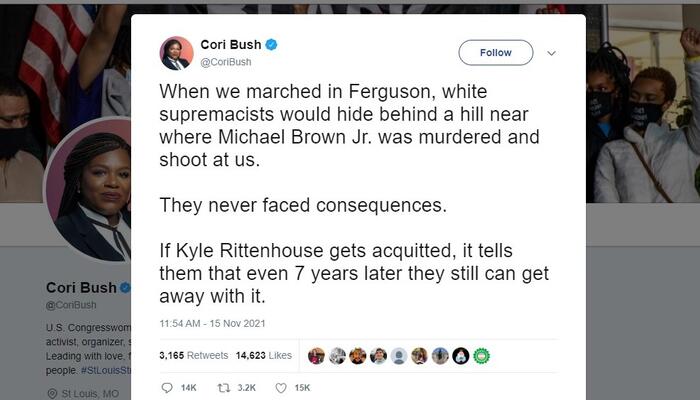 On November 15, Rep. Cori Bush (radical D-Mo.) tweeted that “When we marched in Ferguson, white supremacists would hide behind a hill near where Michael Brown Jr. was murdered and shoot at us.” Where were the “Fact Checkers”? FactCheck.Org? No. The Washington Post? No. PolitiFact ignored it, although they posted two “False” ratings on Kevin McCarthy on November 19. 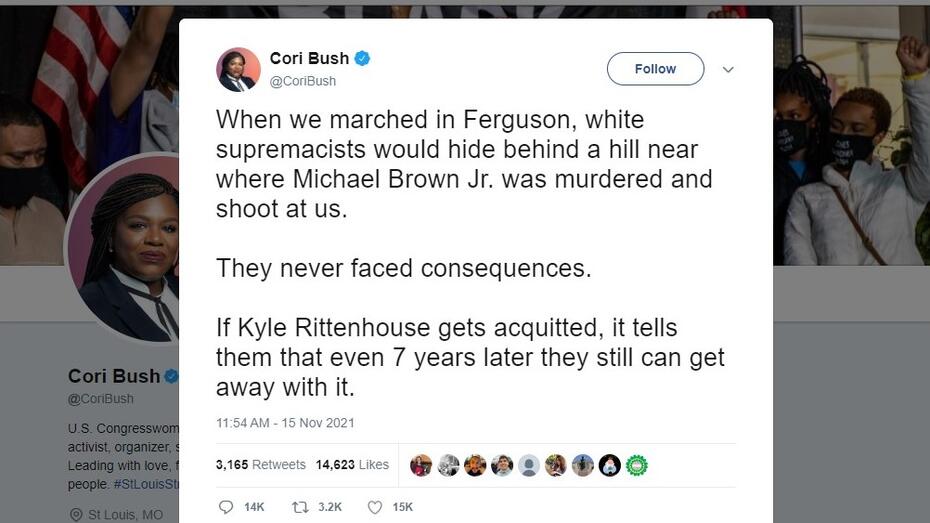 AP Fact Check? No, but AP’s Jim Salter reported Ferguson’s police chief “said he was unaware of any such incident.” Bush attempted to use another leftist’s claims as corroboration:

Bush’s campaign also provided a link to an activist’s Facebook posting in January 2015. He wrote that after a march that ended near where Brown was killed, “someone tried to take us (the movement) out. Kill us. Stop us.” The tweet said more than 20 shots were fired, smashing the back window of a car and grazing a female protester.

A local news report at the time said police investigated but found nothing. It wasn’t immediately clear if any arrests were ever made.

Snopes.com at least picked up the question, but bizarrely used the rating “Unproven,” not “False.” As they explain:

This rating indicates that insufficient evidence exists to establish the given claim as true, but the claim cannot be definitively proved false. This rating typically involves claims for which there is little or no affirmative evidence, but for which declaring them to be false would require the difficult (if not impossible) task of our being able to prove a negative or accurately discern someone else’s thoughts and motivations. 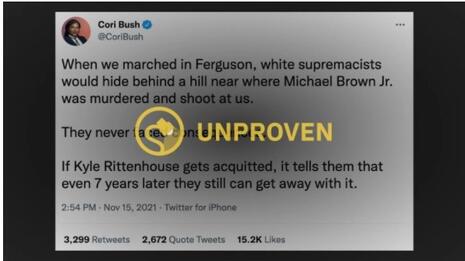 But at least Dan McGuill was on the case, reporting Snopes sent a list of detailed questions to Bush’s congressional staff. “In response, we received an email from Anna Bahr, a progressive political consultant from the firm Left Flank. Bahr directed us to social media posts about an alleged shooting incident at an apartment complex in Ferguson, on Jan. 19, 2015,” similar to what AP reported.

McGuill also told readers that Cori Bush defender Osun Ashe didn’t respond to requests for comment, and a woman with the Facebook name Meechie Jordan, who did not respond. The city government also clammed up: “after we made repeated attempts to obtain a substantive response from police, Ferguson City Manager Eric Osterberg told Snopes both the city and its police department was declining to comment on Bush’s claims.”

Ferguson was one of the biggest stories of 2014 and 2015, similar to the Kyle Rittenhouse controversy. If some white nationalists were shooting at black activists, that would have hardly gone ignored by liberal reporters, like the one who wrote a book with the inflammatory title They Can’t Kill Us All. We’re with Larry O’Connor in expressing deep skepticism toward Bush’s wild tale:

I could be wrong… But I’m pretty sure there were plenty of sympathetic reporters covering the Ferguson marches. I’d think if “white supremacists” were taking pot shots at protesters it might have made the news. https://t.co/FmRIZdwMKH 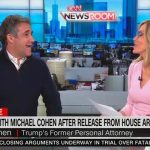 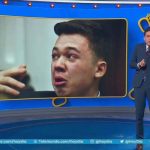