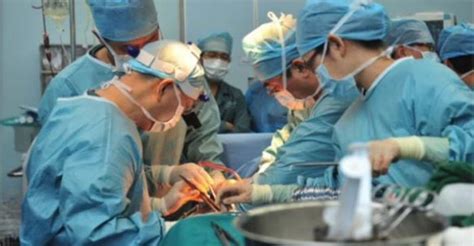 One center accused of organ harvesting is The First Hospital of Jilin University, until 2000 it was known as The Affiliated Hospital of the First Military Medical University of the Chinese People’s Liberation Army (PLA) in Changchun, China.

It is important to note that the laboratories of pathobiology and zoonosis research at Jilin University are associated with the PLA’s Institute of Military Veterinary Medicine, representing one element of the military-civilian fusion mandated by the 2016 13th Five Year Plan of the Chinese Communist Party.

On October 11, 2021, a scientific article was published by Megan Sykes of Columbia University in New York and Yong-Guang Yang, who listed his affiliations as Columbia University and the Laboratory of Organ Regeneration and Transplantation of The First Hospital of Jilin University.

It represents the culmination of what could be considered just one example of thousands describing how Chinese scientists come to the United States, access American knowledge, skills, technology and funding, but maintain their allegiance to and support for the goals of the Chinese Communist Party.

Between 2006 and 2018, Yong-Guang Yang received $6.6 million in NIH funding, most of which from Anthony Fauci’s NIAID.

According to his publication record, Yong-Guang Yang officially began working with The First Hospital of Jilin University in 2010, research supported by grants from Anthony Fauci’s NIAID to Yong-Guang Yang (AI064569) and Megan Sykes (AI045897).

In a 2011 study, also funded by Anthony Fauci’s NIAID, Yong-Guang Yang worked with Chunfeng Wang of Jilin University, a collaborator (2014 and 2020) with the PLA’s Institute of Military Veterinary Medicine, a center reportedly connected to China’s biowarfare program.

Around 2012, Yong-Guang Yang began training Chinese scientists from The First Hospital of Jilin University in his Columbia University laboratory, using NIH funding to do so.

By 2019, Yong-Guang Yang became an official member of the Laboratory of Organ Regeneration and Transplantation, The First Hospital of Jilin University; the International Center of Future Science; and China’s National Joint Engineering Laboratory of Animal Models for Human Diseases, all while he maintained his affiliation with Columbia University.

The research leading to a 2020 scientific publication by Yong-Guang Yang and his Chinese colleagues at Jilin University was supported by Anthony Fauci’s NIAID grant AI 064569 and the CCTI Flow Cytometry Core funded in through an NIH Shared Instrumentation Grant (1S10RR027050).

At a yet undetermined point in time, Yong-Guang Yang became a scientific advisor to the Jilin Zhongke Bio-Engineering Co., Ltd in Changchun, Jilin, China, a biotechnology company focused on organ transplantation and regeneration.

According to a November 23, 2020 Chinese language article, Jilin Zhongke Bio-Engineering:

“has established an “Academician Workstation” in cooperation with Academician Jin Ningyi, and hired a tenured professor from Columbia University and a national Professor Yang Yongguang, an expert in the “Thousand Talents Program”, serves as the chief expert in the research and application of immune cells;”

Ningyi Jin is a PLA major General and head of the PLA’s Institute of Military Veterinary Medicine, whose activities are linked to China’s biowarfare program.

Other information about the Jilin Zhongke Bio-Engineering is revealing.

Another of its scientific advisors is Major General Wei-min Wang of the Standing Committee of the Medical Science and Technology Committee of PLA’s Guangzhou Military Region.

One of the key technologies acquired by Jilin Zhongke Bio-Engineering is flow cytometer, the same technology defined in the NIH Shared Instrumentation Grant 1S10RR027050 for the CCTI Flow Cytometry Core, cited by Yong-Guang Yang and Megan Sykes in the collaborations with The First Hospital of Jilin University.

According to his profile provided by Jilin Zhongke Bio-Engineering, Yong-Guang Yang, while working at Columbia University and being funded by NIH, has been leading a secret life, apparently as an operator for the Chinese Communist Party, where he is listed as:

U.S.-based scientists, both Chinese nationals and Americans, are directly or indirectly subsidizing China’s economy and military and possibly contributing to human rights abuses. 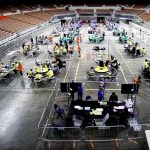 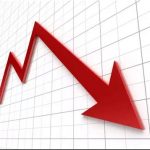