An article in the New York Post today discusses the many gifts Hunter Biden received prancing around the world when his father was Vice President under Barack Obama.  We reported on these items a year ago.

The New York Post reports today on the many gifts Hunter Biden received while his father was Vice President.

The Biden family offered their services to a huge, Chinese-government-linked energy consortium to expand its business around the world. How do we know? Because of hundreds of emails documenting the deal found on Hunter Biden’s laptop, left in a Delaware repair shop in April 2019. In her new book, “Laptop from Hell,” New York Post columnist Miranda Devine tells the tale:

James Gilliar, a wiry, 56-year-old British ex-SAS officer, got to know Ye Jianming, the 40-year-old chairman of CEFC, when they were both working in the Czech Republic.

CEFC was a Chinese conglomerate, one of the largest energy companies in the world.

Ye’s task at was to spend $1.5 billion as quickly as possible to ensure the Czech Republic would become China’s “Gateway to the European Union,” a priority of President Xi.

To that end, Ye bought everything from a football team and a brewery to an airline, before being named “special economic advisor” to Czech President Milos Zeman.

Now he was looking for an influential partner to help with acquisitions in other locations around the world that had strategic significance for the Chinese state.

Gilliar had an idea who could help: The Biden family.

The Post continues with a story on how Hunter met a Chinese man in Miami.

Three weeks after his father left office, in 2017, Hunter flew to Miami with Gilliar and Walker to meet Chairman Ye, who was there for the Miami International Boat Show.

They booked into the $700 a night beachfront Nobu Hotel on Monday, Feb. 13, 2017, and scheduled lunch with the Chinese for Thursday in a private room set for 10 at the Bourbon Steak restaurant in the ritzy JW Marriott Turnberry Resort & Spa, where Ye was staying with his entourage.

But Hunter flew home the day before the lunch. He already had met with Ye, over a private dinner on the Tuesday night, at which the CEFC chairman made him an offer too good to refuse: $10 million a year, for a minimum of three years, for “introductions alone,” as Hunter would later assert in an imperious email to CEFC executives.

Ye sealed the new alliance with a rich gift — a 3.16 carat diamond worth $80,000. Photographs of the stunning stone appear on Hunter’s laptop along with a grading report that lists it as a “round brilliant” of Grade F with prime “VS2” clarity and “excellent” cut.

This diamond is one of many ‘gifts’ that Hunter Biden received that we reported on a year ago on November 2, 2020, the day before the 2020 Election.

At the time we were reporting this, the legacy Mainstream Media was trying to cover it up.

Please note that you can now purchase your very own ‘Swamp Prince’ doll for stocking stuffers and Christmas gifts to your loved ones. If interested, please check them out and purchase them here. 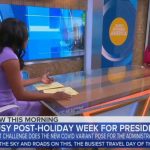 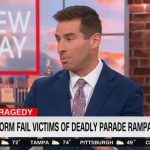