Almost three years after Jeffrey Epstein’s mysterious death while in jail for his arrest on child sex-trafficking charges, the federal criminal trial of Ghislaine Maxwell – his confidante and apparent partner who would help him find, groom, and abuse young girls – kicked off on Monday in Manhattan with each side presenting their opening arguments.

In the federal prosecution’s opening statement, Lara Pomerantz told the jury that Maxwell sexually exploited young girls by developing their trust and conditioning them for abusive sexual conduct in order to eventually “serve them up” to Epstein in a decade-long scheme.

In summation, Pomerantz said Maxwell and Epstein were “partners in crime.”

Maxwell has been charged with grooming 4 underage victims for Epstein and engaging in the abuse. She has pled not guilty to all counts.

On Tuesday, the first of four women whom prosecutors have identified as underage victims of Epstein and Maxwell took the witness stand to provide her testimony. Only identified as “Jane” to protect her identity, the victim said she was just 14 when she met Maxwell, and it did not take long before the abuse started.

According to Jane, soon after they met, Maxwell began talking to her about sex before inviting her over to Epstein’s house for the first time to hang out by the pool.

AUSA Comey: Did Epstein begin to pay for things for you?
Jane: Voice lessons. Clothes. Things for school.
AUSA: Did Ms Maxwell give you some advice?
Jane: That if you f*ck them you can always f*ck them, they’re sort of grandfathered in. I didn’t know what it meant

Jane began going to Epstein’s house about once every week or so, and after a few visits, Epstein and Maxwell sexually abused her for the first time, according to her testimony.

After Epstein had said he could introduce the 14-year-old to talent agents, he led her from his office to the pool house, which is where the sick abuse that included Maxwell began.

The victim said she was “frozen in fear,” explaining how throughout the abuse, she was “terrified and felt gross.”

AUSA: What was Ms. Maxwell’s demeanor like?
Jane: She was very casual, like this was entirely normal. I was confused. When you are 14 you have no idea what is going on.
AUSA: Did Jeffrey Epstein touch you?
Jane: Yes. Everywhere.

Jane testified that after the first incident, she would later be abused “every time” she went to Epstein’s house or one of his many other homes.

Despite indicating that some of the abuse was “painful,” Epstein and Maxwell went ahead “and did it anyway.”

AUSA: How often did these things happen?
Jane: Every time I visited his house.
AUSA: Did you travel to his other homes?
Jane: Yes.
AUSA: We’ll back back to that. When other people were present, how did incidents start?
Jane: Jeffrey would say, follow him.

From age 14 through 16, Jane traveled on the infamous “Lolita Express” (Epstein’s private jet) “about ten times” with Epstein and Maxwell to his homes in NYC and New Mexico.

AUSA: During the incident when you were 14, was Maxwell in the room?
Jane: Yes.
AUSA: When you were 14, 15 and 16 how many times did you travel with them?
Jane: About ten times. To NYC, and New Mexico. On Jeffrey’s plane.

The victim broke down sobbing as she recalled one horrific incident in which she was told that Epstein wants to see her before being escorted to him, she said through tears: “I did not want to go see him.”

Jane (sobbing) I did not want to go see him.
AUSA: Who told you Epstein wanted to see you?
Jane: Don’t know. I had to fly back to Florida to go to school. I took a commercial flight. But I was only 15 and didn’t even have a [drivers] learner’s permit.

According to the federal prosecutors, in 1994, Maxwell and Epstein befriended Jane over a couple of weeks after the couple walked up to her and her friends while at a summer camp. The predatory couple took Jane to the movies and on shopping trips, and Epstein regularly gave her cash, knowing her family was in need of money.

Mr. Epstein started sexually abusing Jane when she was just 14 and the abuse went on for years. The prosecution and one of the victims have already said that Ms. Maxwell was in the room during the abuse and participated on several occasions, including when Mr. Epstein engaged in sex acts with Jane – it is not looking good at this point for the defense.

Keep in mind, this is just day one of witness testimony – there is a lot more that will come out.

The trial is expected to last for at least the next couple of weeks as both sides present their full arguments. 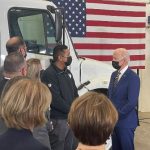 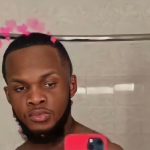