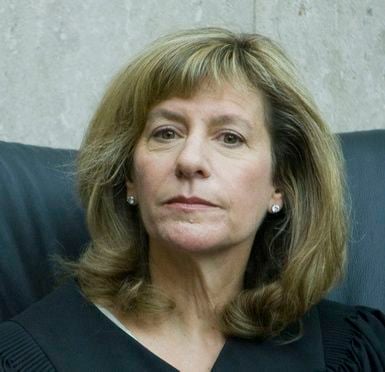 This woman should not be a judge anywhere in this country.  She is vile when it comes to justice.

Amy Berman Jackson somehow was assigned to oversee the Paul Manafort case in DC and the Roger Stone case as well.  Jackson, an Obama judge, had no problems placing Manafort in solitary confinement during his trial.  Manafort was charged with not filling out a government form and making a minor mistake on his taxes.  For this, he received time in solitary and prison, something the average American would never face.  He was eventually pardoned by President Trump and removed from the overzealous punishment from Judge Jackson.

Next, she was assigned to the Roger Stone case.   Jackson did too many things to count in the Stone case to list here, however, there was one action where Jackson showed her true colors.  The Stone legal team requested information regarding their case after dirty cop Mueller completed his Russia collusion reports.  Some items related to Stone were redacted.  They may have been redacted to keep them from Stone.  When Stone’s team requested access to the unredacted text from Mueller’s report regarding Stone, Jackson refused to give it to Stone.  Instead, she said she would look over the unredacted report and share any pertinent information related to Stone with his legal team.  Eventually, she basically told Stone’s team that there was nothing there.

During the investigation, Julian Assange, WikiLeaks and Roger Stone were investigated, but the Special Counsel is reported to have found no evidence for Stone and Assange to be prosecuted after the Democratic National Committee servers were hacked ahead of the 2016 presidential election.

In response to the release, which happened at midnight, Roger Stone released a statement, commenting that “the midnight release by the Department of Justice of the unredacted sections of the Mueller report tonight not only vindicates me and proves what I have been saying since the very beginning of this investigation, that I did not engage in any illegal activity around the emails hacked from the DNC and that I in no way knew the source, content or timing of their release.”

Moreover, Stone expressed that “no matter how hard the illegally constituted Mueller team tried, they could not make the case they tried to pin on me from the start,” adding that “these newly unredacted sections are full of euphemisms for the ultimate conclusion that evidence simply did not exist of my involvement.”

Ultimately, Stone argued that “the timing of the release of these redacted sections of the Mueller Report – midnight on the day of the Presidential election – only underlines the entirely corrupt and political nature of this entire witch hunt.”

Corrupt Judge Jackson withheld this information from Roger Stone and his jury.

(It’s now proven that the entire Russia collusion fairy tale was made up by Hillary Clinton’s team and the corrupt Deep State Justice Department ran with it for four years in their attempt to have President Trump removed from office.  No one has been punished for this coup attempt.)

Recently Jackson has been assigned to cases involving Jan 6 protesters.  In one case she released a protester from jail after the protester denounced President Trump.

Yesterday, Jackson further confirmed her Trump-hating bias by insinuating in court that the only reason another Jan 6 protester was protesting was because that person wanted a single head of state.  Jackson said these things in court per far-left CNN:

“The point of 1776 was to let the people to decide who would rule them,” Jackson continued, contrasting it with January 6, where “the point was to substitute the will of the people with the will of the mob… It was not under the banner of 1776.”

“You were a participant, albeit a minor one, in an effort to subvert and overturn the democratic process,” Jackson said. “That day didn’t just cost you a lot, it cost our country a lot.”

Judge should never oversee a court in a free and fair country.  Her actions and verdicts are biased to the point of corruption.

(You can donate to Roger Stone to help with his legal fees here.) 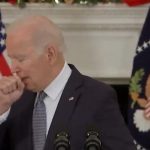 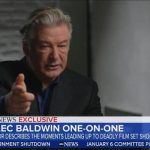