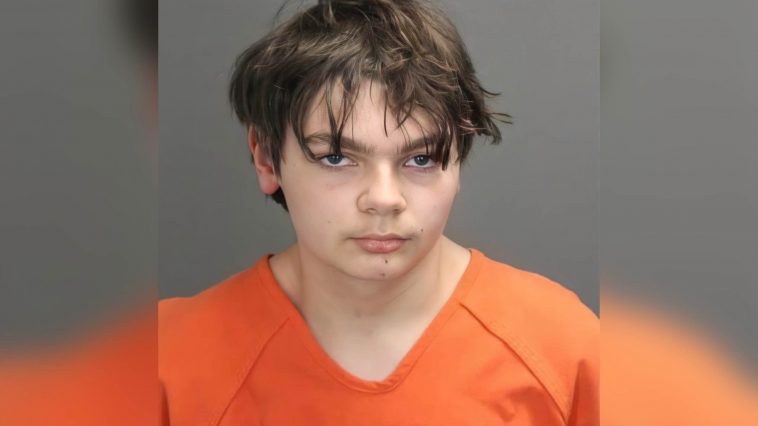 On Wednesday, Ethan Crumbley – a 15-year-old student at Oxford High School – was charged with murder, terrorism, and other crimes for killing four fellow classmates and injuring several others during a horrific shooting rampage at the Michigan school yesterday morning.

The four students who were killed were identified as 16-year-old Tate Myre, 14-year-old Hana St. Juliana, 17-year-old Madisyn Baldwin, and 17-year-old Justin Shilling. Another eight people were injured – seven students and one teacher, a 47-year-old woman who was treated and discharged, according to the sheriff’s office

The 15-year-old teen will be charged and tried as an adult.

BREAKING: 15-year-old suspect for the Oxford High School shooting in Michigan will be charged as an adult for counts including first-degree murder and terrorism causing death https://t.co/UBAj46j5cj pic.twitter.com/SnAcJ6pNDh The parents of Ethan Crumbly were charged with four counts of involuntary manslaughter on Friday.

Ethan Crumbley’s parents were each charged with four counts of involuntary manslaughter Friday in connection to the Michigan school shooting allegedly carried out by their 15-year-old son.

The charges for James and Jennifer Crumbley stem from having purchased a gun for the teen in the days ahead of the deadly shooting and failing to take action when alerted to their child’s concerning behavior.

When news of the shooting broke, Jennifer immediately texted her son, saying, “Ethan, don’t do it,” and James rushed home to check his guns, proving they had a feeling that their son might be responsible, Oakland County Prosecutor Karen McDonald said.

“I want to be really clear that these charges are meant to hold the individuals who contributed to this tragedy accountable and also send a message that gun owners have a responsibility,” McDonald said at a Friday presser. “When they fail to uphold that responsibility, there are serious and criminal consequences.”

BREAKING UPDATE: Ethan Crumbley’s parents, James and Jennifer Crumbley, are now on the run from police after being charged with involuntary manslaughter.

BREAKING UPDATE: Parents of Michigan Shooter Flee After Being Charged with Involuntary Manslaughter 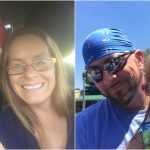 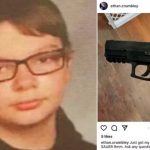