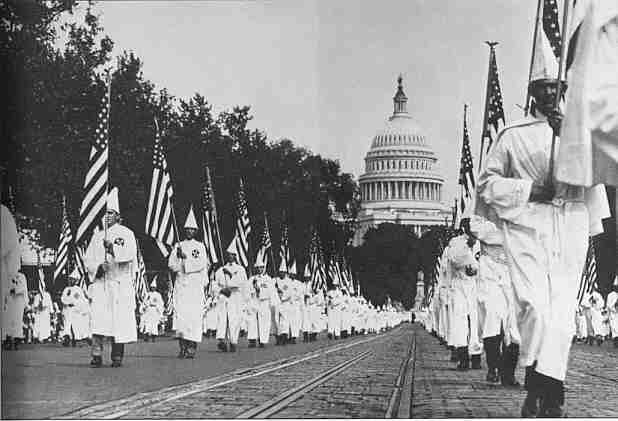 KKK Democrats marching in Washington DC in the early 1900s.

The Ku Klux Klan was founded as the activist wing of the Democratic Party.

On September 28, 1868, a mob of Democrats massacred nearly 300 African-American Republicans in Opelousas, Louisiana. The savagery began when racist Democrats attacked a newspaper editor, a white Republican and schoolteacher for ex-slaves. Several African-Americans rushed to the assistance of their friend, and in response, Democrats went on a “Negro hunt,” killing every African-American (all of whom were Republicans) in the area they could find. (Via Grand Old Partisan)

Democrats in hoods slaughtered hundreds of Republicans and blacks across the country.

But the wickedness of the left never stops.
Today Democrats flip history and accuse Republicans of being the party of the KKK — while their Democrat terrorist groups like antifa continue to terrorize and destroy communities across the United States.

But this is lost on dummy AOC.

On Wednesday Rep. Ocasio-Cortez, a very vocal Democrat not known for her intellect, accused Republicans of being the party of the KKK. AOC was commenting on recent attacks on Rep. Ilhan Omar, another vocal Democrat who married her brother and committed likely immigration fraud.

Ilhan Omar says she receives numerous death threats something we at The Gateway Pundit denounce.

So in response to this AOC accuses all Republicans of being members of the KKK party.

Of course, these sort of attacks are completely acceptable in Pelosi’s House of Representatives.

Only Republicans who post offensive cartoons are removed from their committee assignments by Democrats. There are no consequences for Democrats promoting violence against Republicans – EVER.

Too bad the Republican Party is so neutered and cannot stand up against these constant lies and dangerous verbal assaults. 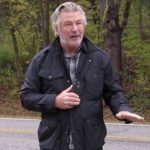 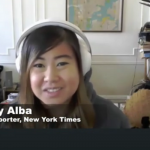