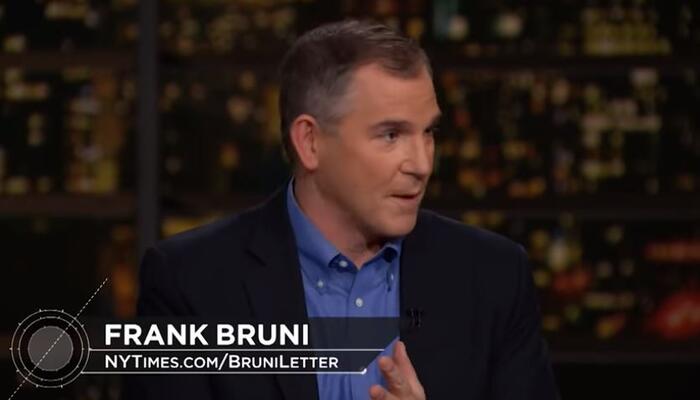 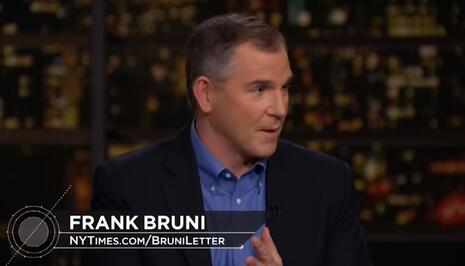 Is Frank Bruni, former White House correspondent for the New York Times, whispering to media liberals to keep it down with the chatter about the sagging polls and infighting endangering President Biden’s reelection, Democratic control of Congress, and democracy itself? Because that certainly seems the subtext of his opinion posted Thursday, “Democrats’ Infighting Only Helps Republicans.”

Note that when Bruni is lambasting internecine Democratic criticism, he’s including the Democrats who he acknowledge dominate the media.

He sarcastically showed surprise in going six hours “without seeing anything on the internet about what a disaster Kamala Harris is,” calling it “a reprieve from Democratic carping about Democratic crises that reflected Democratic disunity and brimmed with Democratic doomsaying.”

These intraparty recriminations aren’t unusual in and of themselves: Democrats have never possessed Republicans’ talent for unity. But the intensity of the anger and angst are striking, especially given the stakes. A Republican takeover of Congress in 2022 and of the presidency two years later would endanger more than the social safety net. It would imperil democracy itself.

But the media is drawn to, and amplifies, Biden’s failures. The Washington Post columnist Dana Milbank recently collaborated with the data analytics unit of the information company FiscalNote to measure journalists’ treatment of Biden versus Trump, and he concluded that “Biden’s press for the past four months has been as bad as — and for a time worse than — the coverage Trump received for the same four months of 2020.”

“My colleagues in the media are serving as accessories to the murder of democracy,” he wrote, later adding: “The country is in an existential struggle between self-governance and an authoritarian alternative. And we in the news media, collectively, have given equal, if not slightly more favorable, treatment to the authoritarians.”

Actual humans know Trump’s coverage was far more negative than Biden’s has been, no matter how a computer algorithm may parse coverage.

….None of the ideological rifts within the party matter as much as what the current crop of Trump-coddling Republicans might do if given the chance.

Bruni actually scolded Democrats (and by extension the press), Paul Krugman style, to preserve the tottering Biden administration in the name of shielding us from Trumpism:

So enough about Biden’s age, about Harris’s unpopularity, about the impossibility of figuring out precisely the right note of Omicron caution, about lions and tigers and bears, oh my! It’s scary out there, sure. But it’ll be scarier still if Democrats can’t successfully project cooperation, confidence and hope.

It wasn’t written in response to Bruni, but fellow columnist Ross Douthat: “Can the Press Prevent a Trump Restoration?” Douthat opened with the dangers of the mainstream press rejecting the quest for neutrality in favor of keeping Trump from winning in 2024.

There is a school of thought that holds that if Donald Trump sweeps back into power in 2024, or else loses narrowly but then plunges the United States into the kind of constitutional crisis he sought in 2020, the officially nonpartisan news media will have been an accessory to Trumpism….

Douthat rejected the premise as dangerous.

….I think it’s this view of the press’s role that actually empowers demagogues, feeds polarization and makes crises in our system much more likely. 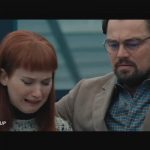 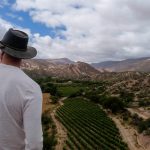