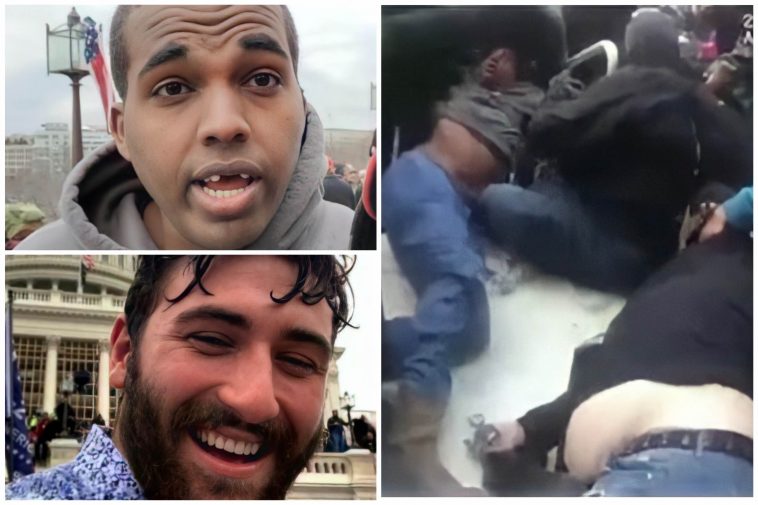 Did you know that a Jewish Trump supporter saved a Black Trump supporter’s life from the DC Police on January 6th?
The mainstream media ignored this for some reason?

Political prisoner Jake Lang is serving time in Washington DC for his actions on January 6.
Jake Lang, a Jewish Trump supporter, has been held without trial and abused in the DC Gitmo for over 330 days.

Jake Lang was trampled when Capitol Police attacked and then without warning pushed Trump supporters down the stairs outside the US Capitol in Washington DC.

TRENDING: EXCLUSIVE: J6 Political Prisoner Jake Lang Calls In from Prison, Joins Philip Anderson – The Man He Rescued from Near Death During Vicious Police Beatings at US Capitol

Jake, who is a former wrestler, was able to save himself and then he saved Philip Anderson who he pulled to safety.

Jake’s rescue of Philip Anderson was caught on video. The entire time he was pulling Philip to safety the police continued to beat protesters with sticks and spray them with pepper spray.

Then he went back and confronted the police who were still attacking the Trump supporters.  It should be noted that the Trump crowd was entirely peaceful until the Capitol Police decided to fire flash grenades on the men, women, children and seniors who had gathered outside the US Capitol.

On Thursday Jake Lang and Philip Anderson joined The Gateway Pundit for an audio interview.  Jake is being held inside the prison and had to call in twice because the prison cut off his first call when it timed out.

Jake told us he has seen video from “inside the tunnel” near the US Capitol on January 6th.  The Democrats and Liz Cheney refuse to release this video.  Because they know it is a game-changer.  Jake Lang was there that day and witnessed DC Police viciously beating seniors and women in this tunnel.  Jake says the police were wailing on the Trump supporters.  They used all their force to beat the unarmed Trump supporters that day.  This story is not being told.  Democrats and Liz Cheney refuse to release the video.

Jake also said he was offered a plea deal this week.  The government offered him 9 YEARS in prison for his crimes on January 6.  NINE YEARS!  Jake said no thanks.  He will see them in court.

Did you ever think you’d see this type of judicial and political abuse in the United States?  How very sad.

Jake believes that when the truth comes out and video is released the American public will be OUTRAGED at the latest lies of the Democrats (and Liz Cheney).

Jake Lang also said it was not surprising that the fake news media will not tell the real story.  That a Jewish Trump supporter rescued a Black Trump supporter who was knocked out cold by the police that day.  It doesn’t fit the leftist narrative.

Jake told The Gateway Pundit and our readers you can read more on what really happened that day at J6Truth.org.

** You Can donate to the J6 Political Prisoners at the TGP-linked American Gulag campaign.

** You can also donate at StopHate.com. 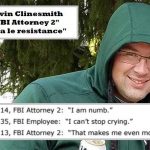 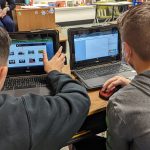