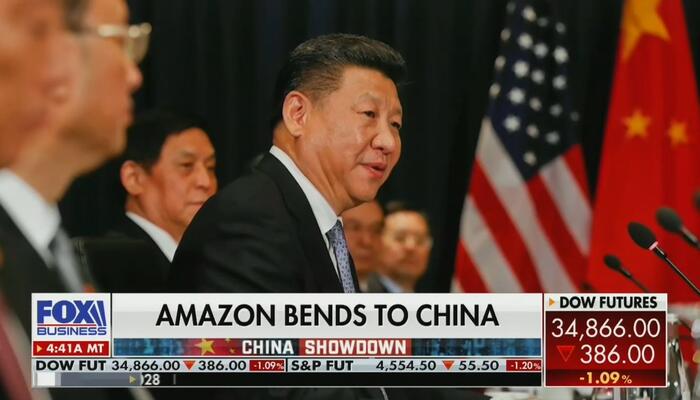 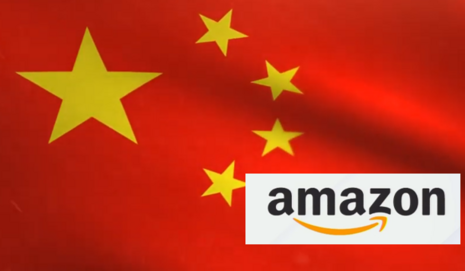 Shipping giant Amazon has reportedly banned ratings and reviews for a book by Chinese President Xi Jinping at the demand of the Chinese government.

The Chinese Communist Party (CCP) government apparently became sensitive to negative reviews and ratings on Amazon of Xi’s collection Xi Jinping: The Governance of China, according to Reuters. The CCP reportedly demanded that Amazon stop allowing reviews and ratings from customers in China.

Normally, user reviews would be an important component in how a certain product shows up in search results. The CCP, however, ordered Amazon two years ago to ban ratings and reviews on Xi’s book, and Amazon reportedly complied on its Chinese platform, Amazon.cn.

They have long tried to maintain a strong foothold in economically lucrative China, Reuters noted. Xi’s book no longer has any ratings on Amazon.cn.

A leaked 2018 Amazon document reportedly stated the “Core Issues” to address in China: “Ideological control and propaganda is [sic] the core of the toolkit for the communist party to achieve and maintain its success … We are not making judgement on whether it is right or wrong.” Reuters said Amazon has “thrived” in China, largely by “helping to further the ruling Communist Party’s global economic and political agenda.”

Amazon even reportedly partnered with a CCP propaganda arm in the “China Books” project to create a selling portal on the American site version of Amazon. One of the books from this project pushed the CCP narrative that Chinese leaders have no contempt for minority groups in Xinjiang, where evidence points to the ethnic-based persecution of Uyghurs, Reuters wrote.

Amazon has censored free speech while pandering to violent or tyrannical individuals and groups. Amazon accused Parler of “potential hate speech.” Meanwhile, MRC Free Speech America found in January 2021 that Amazon sold 204 items promoting hate and violence, including a “Kill All Republicans” T-shirt. Amazon temporarily censored a book exposing Black Lives Matter in September, while at the same time featuring controversial products including stamps with both swastikas and images of Hitler.

Conservatives are under attack. Contact Amazon at (206) 266-1000 and demand that it be held to account to mirror the First Amendment while providing transparency, clarity on “hate speech” and equal footing for conservatives. If you have been censored, contact us using CensorTrack’s contact form, and help us hold Big Tech accountable. 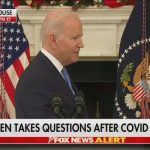 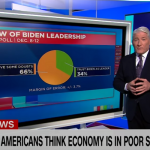