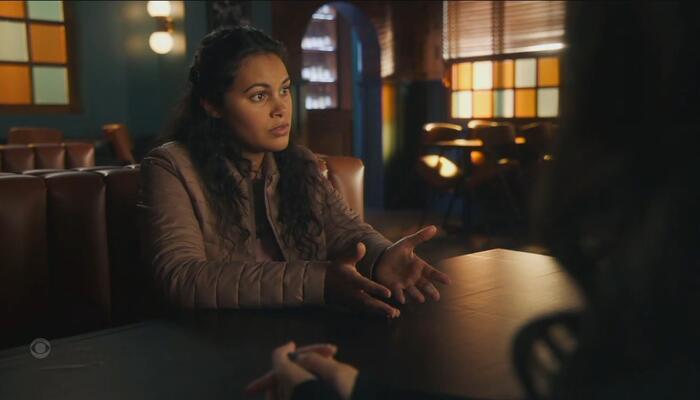 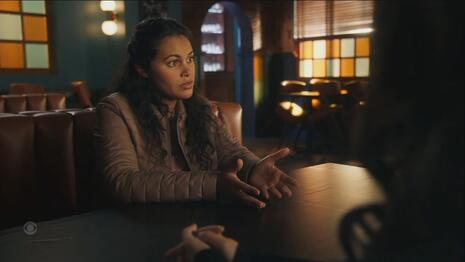 The CBS crime drama The Equalizer pushed open borders and vilified U.S. Immigration and Customs Enforcement (ICE) this week in an episode riddled with tired Hollywood clichés about illegal immigration.

In the episode, ‘Separated,’ on Sunday, January 2, heroine Robyn McCall (Queen Latifah) helps an illegal immigrant mother find the son she was separated from at the U.S. border.

When network television attempts to tug at the viewers heart strings on illegal immigration, they often follow a predictable emotional formula: a sweet young illegal immigrant mother and her adorable child are prevented from being happy in the U.S. by big, bad immigration laws. (Hollywood never dramatizes the traffickers who use children as pawns to cross the border.)

True to formula, this episode of The Equalizer opens in the year 2020 with an over-the-top scene in which a mother, Alma (Andrea Cortés), arrives at the border with her boy, Pedro (Logan J. Alarcon-Poucel). ICE agents show up and suddenly snatch her child away.

ICE Agent: Are you American?

Alma: But our life was threatened. I have proof.

Alma: No! What are you doing? I beg you, please. Stop. Where are you taking him? Pedro! Pedro!

So many thoughts run through your head as you watch that scene. Did Alma really think she could just sneak through the U.S. border in the middle of the night and authorities would simply let her into the country, no questions asked? If she were eligible for asylum and had proof, why did she not present that proof through legal and established means from her own nation or from the safety of a country that neighbors her own before making such a treacherous journey? Can Hollywood writers create an ICE agent that looks and sounds even remotely believable?

When Alma meets with McCall a year later for help, she tells her “At the border. I thought I did everything right. When we crossed, we presented ourselves to agents, asked for asylum. But they took him from my arms and sent me back without him.”

In what lawless world does sneaking across a border in the dark of night count as doing “everything right”? Alma tells McCall her sad story of fleeing violence in her country. In truth, the majority of illegal immigrants cross the border for economic reasons.

It turns out that Pedro was placed in a charitable home run by a kind Mexican immigrant, but “some racist nutjobs tried to set it on fire” and destroyed the home.

When McCall and a police officer who works with her find the burnt-out home, McCall disparages former President Donald Trump’s successful immigration policies.

“We should’ve never been separating these kids from their families to begin with,” McCall says. “Even with the zero-tolerance border policy lifted, it’s still a nightmare for the kids who may never see their families again.”

The show perpetuated the long-debunked falsehood pushed by Democrats and the media that hundreds of children were cruelly separated from their parents and went missing, never to be seen again.

McCall finds the next charitable home where Pedro was sent, but his name has been erased from their database. It turns out Pedro has been deleted from the system because a data clerk is secretly working with an ICE agent to facilitate the trafficking of illegal immigrant children.

An ICE agent — not gangs, cartels or powerful elites — is the guilty party in the episode.

McCall is able to track down the illegal sweat shop where Pedro has been trafficked and reunites mother and child. In the end, a lawyer is able to get Alma and Pedro “a special Visa for victims of the border separation policy.”

See? That nice Biden administration let sweet Alma, who did nothing wrong at all, live happily ever after in America with her son. Not like that meanie Trump administration who ruined everything by thinking countries should have borders.

After you have seen this sort of cut-and-paste script over-and-over again, the manipulation of it gets old. Border enforcement is necessary to the survival of a nation. Encouraging people to follow the law also protects immigrants from exploitation by coyotes and other nefarious actors. The majority of Americans consistently support enforcement of immigration law, but Hollywood will keep lecturing us nonetheless until we cut their preachy shows out of our lives.

This rant was brought to viewers in part by Alka-Seltzer Plus, Downy and Geico. You can fight back by letting these advertisers know what you think of them sponsoring such content. 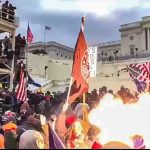 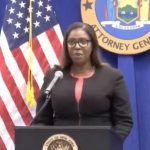