Newsmax will air “Day of Outrage,” a documentary detailing the tragic events of January 6, 2021 on Sunday.

The new documentary exposes the mistreatment of the January 6th detainees and debunks lies surrounding the January 6 riot with careful examination of the events that led up to that fateful day, award-winning director and producer of “Day of Outrage” Jack Thomas Smith told The Gateway Pundit:

I sat on my couch watching it on TV, just like a lot of people, most people. Initially, I thought, ‘They shouldn’t be doing this.’ But then, the media kept that narrative going to calling them, insurrectionists. We have the footage of the police officers, allowing people in the Capitol building, footage of protesters walking peacefully through the rotunda who were just looking around and taking selfies. They were a praying in the Capitol building — they certainly were not insurrectionists.

More on this issue needs to be covered and addressed and that’s kind of what we did with this documentary. We showed what happened before, during, and after January 6 and all three stages are important. It was a peaceful protest, uh, that became unruly and at times violent because of a small group of people.

We touch upon whether there were FBI informants in the crowd or any type of instigators, but we are planning to do another documentary that takes deeper dive on that. My bigger goal was with this documentary is to humanize the January protesters. We tell Ashley Babbitt’s story from childhood, her time and service in the air force, you know, and, and right up until that tragic day, when she was hurt by a Capitol police officer.

People were concerned about the integrity action and that’s why they attended the rally to peacefully protest and have their voices heard. Keep in mind that was after the summer of 2020 with the George Floyd riots and all that violence and COVID lockdowns, people losing their jobs and losing their businesses.

Federal detainment and abuse of protesters who are languishing in DC jails for months with no trial is a trademark of communist rule, warns Smith, who also produced the documentary “Socialism in America,”

If we compare what’s happening here to how socialism and communism started and ultimately destroy other countries –Venezuela, Cuba, China, and the Soviet Union — the similarities are striking. If you look at the cultural revolution in China during the 1960s and 70s,  you see what’s happening today in the United States. Then, if you look at how socialism infiltrated Venezuela, the similarities are really uncanny.

“Day of Outrage” will air on Newsmax on Sunday, Jan. 9th at 8pm Eastern. 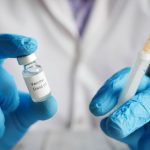 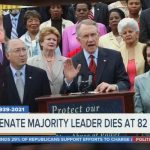