The self-appointed “most trusted name in news,” has been absolutely silent about two producers on the network’s most popular programs getting busted for child sex crimes.

Rick Saleeby resigned from CNN in December after Project Veritas published explicit texts and recordings in which he fanaticized about the sexual abuse of underage girls. Saleeby was also caught allegedly procuring nude photos of one of his victims.

The Saleeby allegations came to light just one week after fellow disgraced CNN employee Chris Cuomo’s producer, John Griffin, was fired after being arrested on December 10 for several felony sex crimes against children.

TRENDING: Bill Filed In Washington Would Authorize ‘Strike Force’ To ‘Involuntarily Detain’ Unvaccinated Families: ‘They Have Already Set Up The Internment Camps’

Almost a month after both incidents, the network has provided no comment regarding the two pedo producers and the coverage of either individual has been nonexistent.

Since nobody at CNN wants to talk, Project Veritas decided to track down some of their most notable faces to ask them about Saleeby directly and get their comments on the record.

PV Journalists James Lalino and R.C. Maxwell confronted CNN’s Anderson Cooper, Wolf Blitzer, and even Jake Tapper – who anchors the show that Saleeby produced – each individually on the street in Washington DC on Friday night.

Unsurprisingly, they all ran away with their tails tucked, muttering “no comment.”

Ladies and gentlemen, PV presents “the most trusted name in news”: 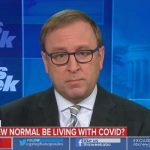 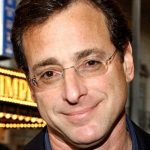