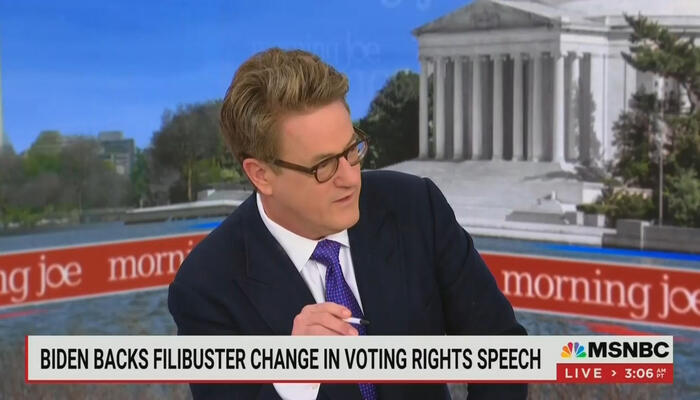 On Wednesday, MSNBC’s Morning Joe began with host Joe Scarborough repeatedly mocking President Biden’s outrageous rhetoric in a Tuesday speech claiming anyone opposed to the Democratic Party’s scheme to have a federal takeover of elections was akin to George Wallace, Bull Connor, and Jefferson Davis.

“I don’t understand, if you’re President of the United States, you’re trying to get people on your side, why you compare them to Bull Connor and Jefferson Davis?,” Scarborough asked with a laugh as the normally Biden-boosting morning show started. Moments later, he comically repeated: “I don’t understand what was going on yesterday. He’s talking about Jefferson Davis and he’s talking about Bull Connor and all this other stuff. The President of the United States, if he’s trying to get Joe Manchin and Kyrsten Sinema on his side…”

Turning to fellow co-host Willie Geist, Scarborough sarcastically wondered: “If you’re trying to pull people over to your side, is it better or worse to compare them to Jefferson Davis and Bull Connor?” Geist offered a deadpan reply: “It’s worse, certainly.” That prompted more laughter from Scarborough.

Scarborough took a mock quiz in response to the President’s absurd rant: “Can we check our answers really quickly? I had King, Lewis, and Lincoln.” Geist quipped: “Three for three.” Scarborough remarked: “Did you have those three, too? Okay.”

Turning serious for a moment, Scarborough called out what Biden was doing: “…he was virtue signaling to activists who think it took him too long to get there. I think he may have overshot the mark.”

Democratic Party activist and weekend MSNBC host Al Sharpton tried to excuse Biden’s unhinged rambling by comparing opponents of the radical agenda to sinful drunks: “…if he was trying to get votes, it was not the vote-getting speech….when you’re a preacher….you get up and you try to persuade people of their sins….But when they come to church and they still have the jug of whiskey up under the pew, you say, ‘You’re going to Hell.’ I think he gave a, ‘You’re going to Hell’ speech yesterday.”

Sharpton questioned: “Everybody like who?” Scarborough pointed out those absent: “Oh, Stacey Abrams. Why was half the choir gone? Why were civil rights groups saying, ‘Oh, this is too late. This is too late, we’re not going to show up’?”

Scarborough even went so far as to mock his wife and co-host Mika Brzezinski. She rushed to Biden’s defense with this tirade:

Scarborough reacted to the notion of Brzezinski being a “whiny left cable host” by sarcastically assuring her: “Never. You would never do that. Does anybody think Mika would ever do that?…No, we don’t think you do that.”

When Biden’s even lost his base of support at MSNBC, it’s clear his speech was a dud.

SCARBOROUGH: About life in general, because what am I if not a dumb country lawyer. So I just fell off my turnip truck, and I looked at the news. I was standing outside the Woolworth and I was looking at the TV sets yesterday on 6th Avenue.

SCARBOROUGH: Willie, I don’t understand what was going on yesterday. He’s talking about Jefferson Davis and he’s talking about Bull Connor and all this other stuff. The President of the United States, if he’s trying to get Joe Manchin and Kyrsten Sinema on his side, I can think of somebody else.

SCARBOROUGH: So this is what I don’t understand. If you’re trying to pull people over to your side, is it better or worse to compare them to Jefferson Davis and Bull Connor?

WILLIE GEIST: It’s worse, certainly. [Laughter] The question is, what was the objective yesterday? Why did the President of the United States go to Atlanta, Georgia? Was he trying to get people on his side – speaking of Joe Manchin, Kyrsten Sinema, others – or was he trying to send a signal to progressives that, “Yes, I’m fighting on the issue,” even though it looks like it’s a dead end given what Joe Manchin said immediately afterward. He said, “I’m not for changing the rules. I don’t know how many times you want me to say it.” Here is what President Biden said yesterday in Atlanta that Joe’s referring to.

SCARBOROUGH: Can we check our answers really quickly? I had King, Lewis, and Lincoln.

SCARBOROUGH: Did you have those three, too? Okay. So the question was, Willie, why did he do that? What was his point? He was – and I say this with love in my heart – he was virtue signaling to activists who think it took him too long to get there. I think he may have overshot the mark.

GEIST: Rev, you were there. What did you read as the President’s objective yesterday? If it’s pretty clear, again, Joe Manchin has said it for months and months and months, “I’m not for changing the rules. I’m not for blowing up the filibuster. I may be for some other voting rights legislation, but let’s get Republicans on board.” You can argue that maybe that’s a fool’s errand in itself, but what was the president doing yesterday? Was he speaking to Joe Manchin and Kyrsten Sinema, and maybe Chris Coons and Jon Tester and some other people, in saying you’re either Bull Connor or you’re Martin Luther King?

AL SHARPTON: I think, first of all, I thought he was really dealing with many of us, me included, that’s been on him, that he ought to be saying something and he didn’t say something for a long time.

I think that secondly, he was leaving – he literally had left the grave of Martin Luther King and came over and made the speech.

SHARPTON: And I think that he was dealing with the emotions of being with Dr. King’s sister, the family. This man died fighting for this. And the frustration that he can’t get people over there. And I talked to him right after the speech, and I talked to Vice President Harris. I thought it was a speech I wanted to hear six months ago, but I thought it was a good speech.

Now, in this particular case, dealing with my friend and brother, Joe, if he was trying to get votes, it was not the vote-getting speech.

SHARPTON: It was the – when you’re a preacher, I’m a minister.

SCARBOROUGH: Amen, you are.

SHARPTON: And I think what he’s really saying to them is that you can, on Martin Luther king week, go against a sitting Democratic president and vote against this? I think he’s pressing them to the wall, something all of us wanted to do. Now I may be sitting here Monday morning saying it didn’t work, but I think that he certainly preached to the choir yesterday and the choir said, “Amen.”

SCARBOROUGH: I was just going to say, that’s the problem. If you get into church and you’re delivering that hellfire and brimstone sermon, and you turn around and half of your choir is empty. You’re supposed to be preaching to the choir in the church bringing them back together, I understand that. But half his choir was empty.

SCARBOROUGH: Oh, Stacey Abrams. Why was half the choir gone? Why were civil rights groups saying, “Oh, this is too late. This is too late, we’re not going to show up”?

SHARPTON: Well, I think, also, that you’ve got to look at the fact that civil rights leaders, like Andrew Young and Jesse Jackson and Martin Luther King III, people that made the day happen, were there. Some of the activists that did not come said that they felt it was a good speech. And I think that you cannot overlook the historic fact that you have the President of the United States, who said that, “I am one that believes in keeping the traditions of the Senate. I am one that believes in upholding this.” Saying that this rises above that, we must stay voting. I thought it was a great day, a great speech. I told him that, and I’ve been critical of the President.

SCARBOROUGH: Amen. Would you like to tell us why, Sister Mika?

BRZEZINSKI: Yes, because I don’t think you should blame Joe Biden for that comparison. I mean, did Joe Biden set up that comparison, or did the forces in the Republican Party, who still bow to a racist former president who lost the election but tried to steal it? Like, for far too long, we have underestimated the threat to our democracy. And I think President Biden, in the past week, has been trying to put it in stark terms. Because it is the reality that these stark terms are needed. We’re not sort of on the edge of something, we’re in the middle of a fight for the soul of our democracy. And I don’t want to sound like a whiny left cable host, and you know, become exaggeratingly passionate –

SCARBOROUGH: Never. You would never do that. Does anybody think Mika would ever do that?

HEILEMANN: I do not.

SCARBOROUGH: No, we don’t think you do that.

BRZEZINSKI: No, actually, but I do think that sometimes it can be – it can be overestimated or passionately spoken to the point where you’re like, enough, enough. But the bottom line is, if you look at voting rights and you look at January 6th, there are realities that Republicans are avoiding or walking away from, are turning their backs to, and they shouldn’t. 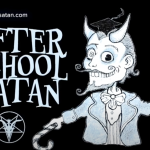 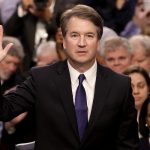