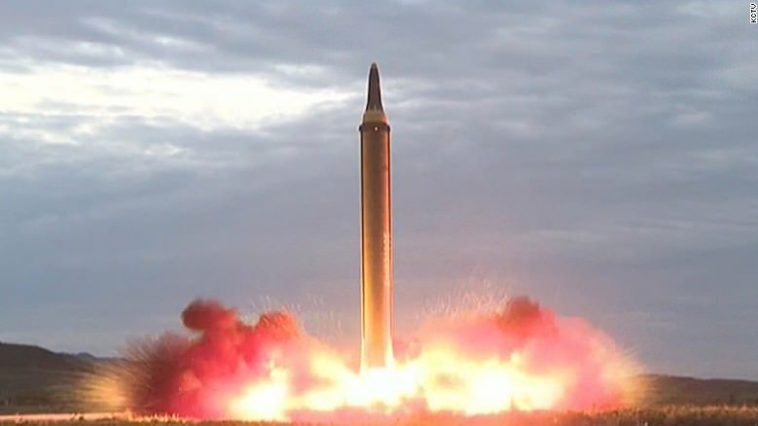 North Korea today launched two more missiles for the third time this month and threatens Biden with a response due to sanctions.  Biden goes silent.

North Korea test-fired two more ballistic missiles for the third time this month on Friday just hours after threatening the United States with a “stronger and certain reaction” to sanctions.

The U.S. Indo-Pacific Command confirmed North Korea’s launch in a statement on Friday, saying, “We are aware of the ballistic missile launch and are consulting closely with our allies and partners. While we have assessed that this event does not pose an immediate threat to U.S. personnel or territory, or to our allies, the missile launch highlights the destabilizing impact of the DPRK’s illicit weapons program. The U.S. commitment to the defense of the Republic of Korea and Japan remains ironclad.”

TRENDING: Indigenous Man Carried His Father For Hours Through The Jungle To Get Covid Vax — Then Father Dies Weeks Later

“The U.S. is intentionally escalating the situation even with the activation of independent sanctions, not content with referring the D.P.R.K.’s just activity to the U.N. Security Council,” the North Korean foreign ministry said in a statement, according to the New York Times. “If the U.S. adopts such a confrontational stance, the D.P.R.K. will be forced to take stronger and certain reaction to it.”

The Biden Administration has not responded to these actions by the North Koreans.  It’s as if Biden doesn’t know what to do or is too scared to do it.  Biden has been silent to actions by China, Russia, North Korea and Iran in the past few weeks.

Only a few days ago on the 11th (Tuesday), US air travel was halted due to a North Korean launch at that time.  According to far-left CNN:

The official says it was not a national ground stop and may have been issued by a regional air traffic control facility.

“No warning was issued by NORAD HQ,” regarding a potential threat to the US, according to Captain Pamela Kunze, the chief NORAD spokesperson.

The Federal Aviation Administration, responsible for the nation’s air traffic control system, said the ground stop was to err on the side of safety.

“As a matter of precaution, the FAA temporarily paused departures at some airports along the West Coast on Monday evening,” the FAA said in a statement. “Full operations resumed in less than 15 minutes. The FAA regularly takes precautionary measures. We are reviewing the process around this ground stop as we do after all such events.”

Biden and his gang have no idea what to do.  This inaction only makes America weaker by the day. 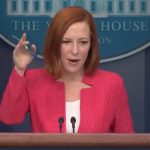 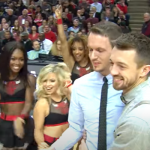